SKYFOX Drone Video of the aftermath of flooding in Marietta. You can see floodwater spilling from a Marietta police car.

COBB COUNTY, Ga. - Some Cobb County residents are drying out and trying to calculate the damage after finding themselves trapped overnight by floodwaters.

While the water has receded at the Marietta Crossing Apartment Complex, the signs of storm damage still remain.

The parking lot of the complex turned into a pond overnight and now is one giant mud puddle. Multiple cars had floated around, slamming into each other due to the rising storm waters.

Some Cobb County residents are drying out and trying to calculate the damage after finding themselves trapped overnight by floodwaters.

"The creek flooded and right now I can't get past. You can see right now the water is rising up to cars halfway so," Louis Johnson said. 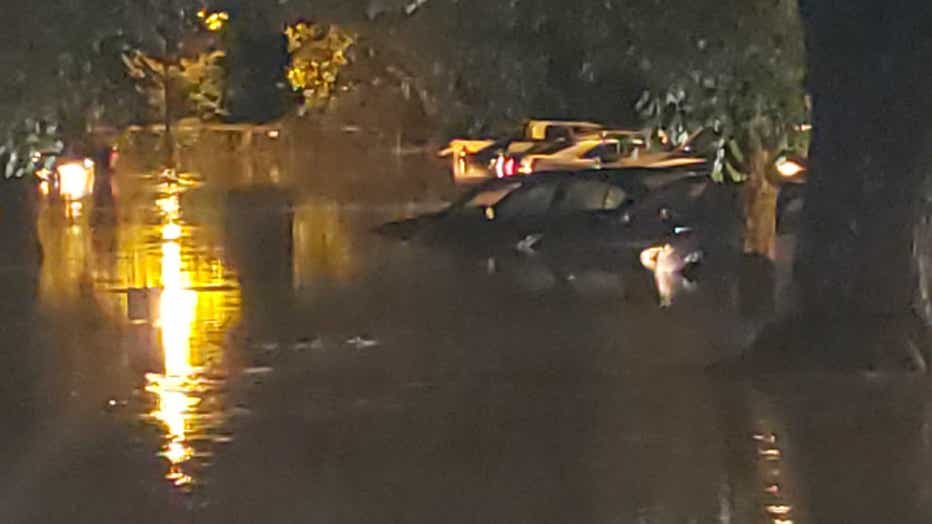 Johnson went out early Wednesday morning to get a bite to eat. By the time he returned, there was no way to get back to his apartment. Now he's convinced that the storm left his lower-level unit underwater.

"Someone is over there is another level taking pictures and they've shown the water is at least four to five feet high," Johnson said.

Other residents at the complex say they saw cars floating in the parking lot.

Elsewhere in Marietta, drivers are waking up to find their cars completely stalled.

"We start seeing the trees going in circles. We thought it’d be a tornado," Alyssa Fleites said. "Water was coming into my store. Lost power for a while. Then I heard one of my employees try to come down this way and this whole thing was already blocked off."

The heavy rain pooled several feet high on the major stretch of road, blocking off Delk from Powers Ferry to Collingwood near the Punchline Comedy Club for hours. 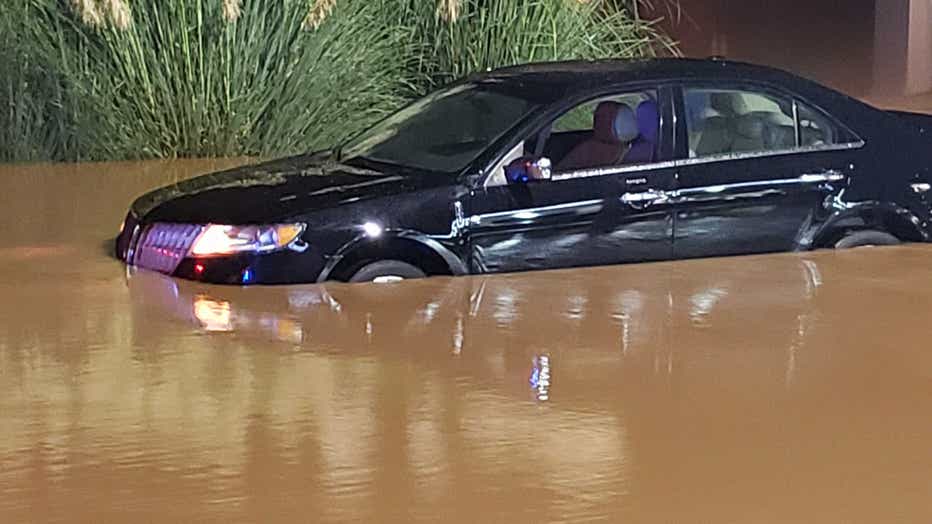 "I came to get gas and I come out and see floods and my car cut off," Ray Lester. "It kept rising. I had to climb out the window. It's bad, it's bad, but that's life, you've got to roll with the punches."

A major sink hole opened at the Watermark at East Cobb apartment complex, located along East Lake Parkway. The hole was completely blocking the roadway. 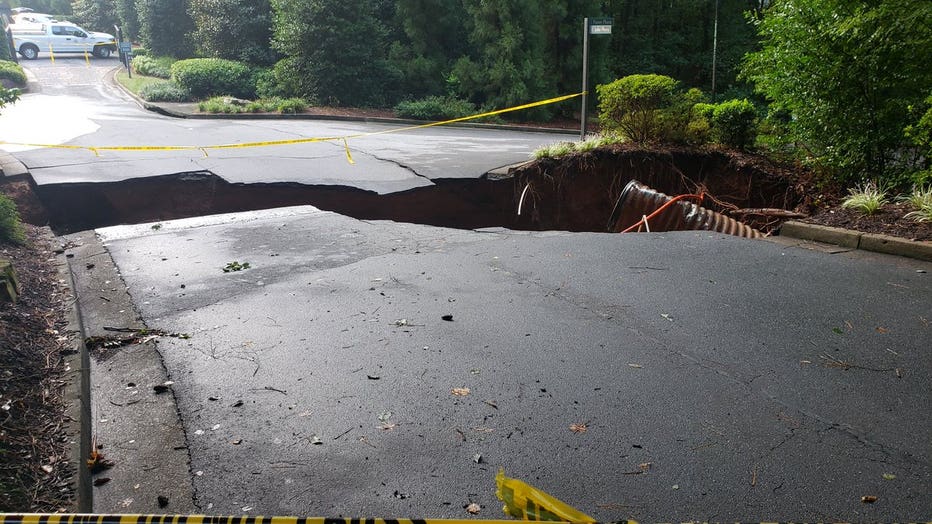 The Georgia Red Cross is working with at least 10 families in Marietta who experienced flooding in their homes and apartments due to the overnight storm.

The FOX 5 Storm Team says there will be a new round of scattered storms later Wednesday that can also bring heavy rain, frequent lightning, and gusty winds.