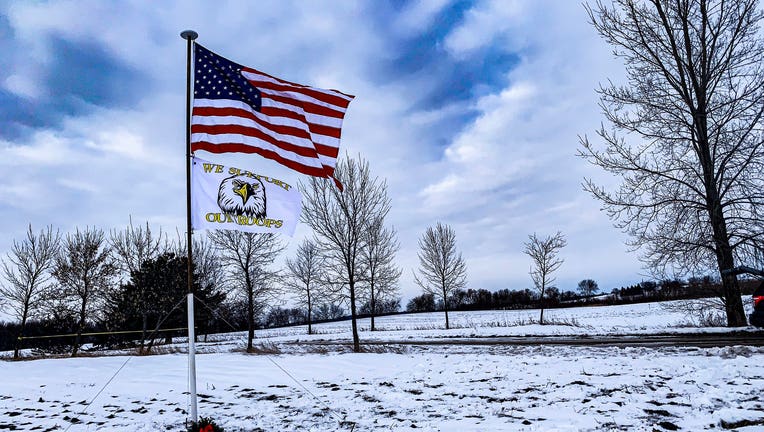 The Krippner family, which owns the property where the Minnesota National Guard helicopter crashed, raised an American flag in honor of the three soldiers who died.

KIMBALL, Minn. (FOX 9) - In the wake of a Minnesota National Guard helicopter crash that left three soldiers dead, the state of Minnesota is in mourning.

The Black Hawk helicopter went down southwest of St. Cloud, Minnesota near Pearl Lake on a property belonging to the Krippner family. The family runs an excavating business and has a gravel pit on their property. The helicopter was found in the tree line near the gravel pit.

A community has banded together after three soldiers died after a National Guard Black Hawk helicopter crashed on Thursday.

Friday afternoon, members of the Krippner family put up an American flag near the crash site.

"It’s a sad ordeal. No one want this to happen, accidents happen," Kurt Krippner told FOX 9 after authorities found the helicopter.

The investigation is underway by the Safety Investigation Team from the U.S. Army Combat Readiness Center based at Fort Rucker, Alabama.