Fire crews were able to get a dangerous fire under control multiple propane tanks exploded in Cobb County.

COBB COUNTY, Ga - A dangerous fire at a propane company in Cobb County forced firefighters to run for cover as they battled the blaze.

Explosions could be heard all around them as dozens of propane tanks exploded.

With each explosion, propane tanks shot 50 to 60 feet in the air. Cobb County firefighters could see and feel the explosions when they arrived at the Powder Springs business.

"The propane tanks are being launched into the air and coming down while these crews were attacking the fire. There were comments made like 'If I were ever in a war zone this is what I imagine it would sound like'," Nick Danz with Cobb County Fire said. 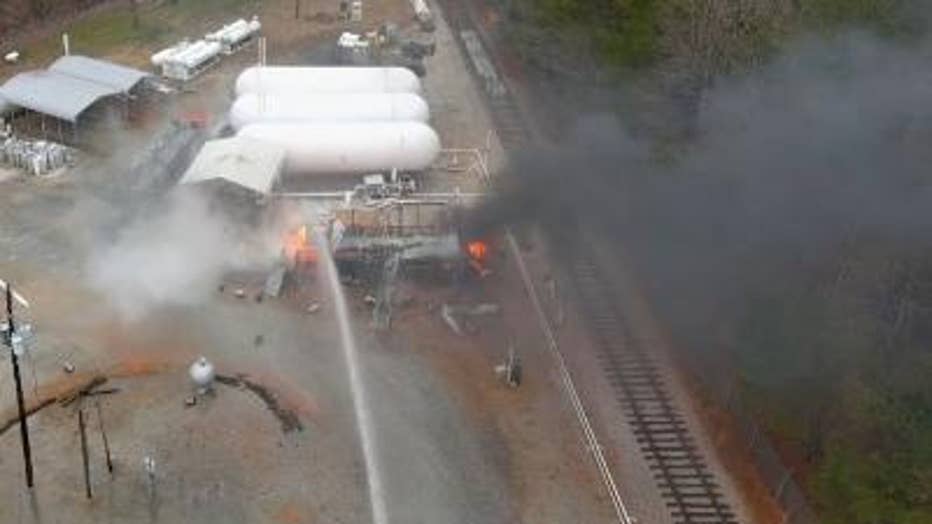 Firefighters were able to successfully spray down the fire even as metal debris fell in the area.

"Another apparatus was able to get in there,  stretch an 800 foot section of line, get them permanent water to continue to fight the fire," said Danz.

Dozens of tanks were on the truck which was in the process of being filled with propane gas from 3 larger tanks when the fire broke out.

"Those three tanks were filled with 30,000 pounds of propane gas," said Danz. 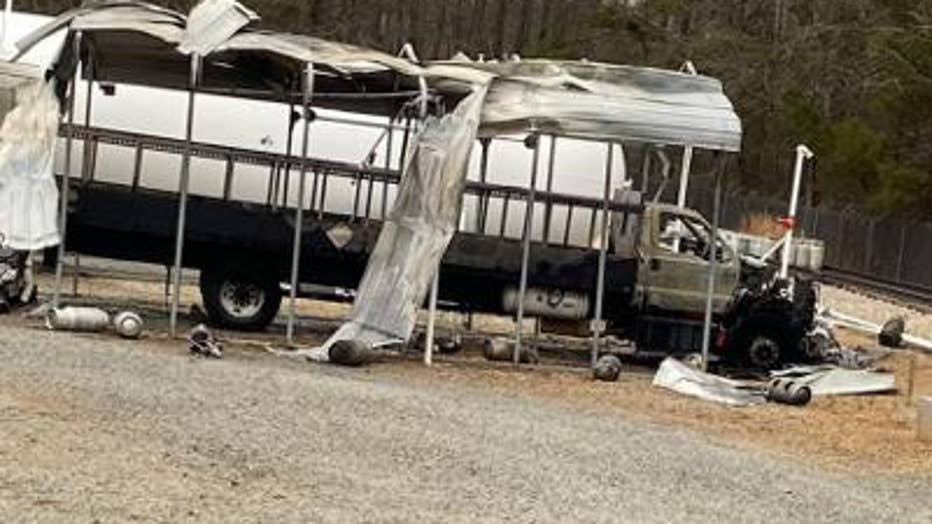 When the fire broke out Monday afternoon, reports started coming in from people who could see the smoke and hear the explosions up to 2 miles away.

Firefighters showed FOX 5 what one of the exploded tanks looked like.  It was a flattened piece of metal.

35 firefighters responded to the blaze. They acted quickly, knowing they couldn't let the flames spread to the nearby businesses.

The fire was under control in less than 30 minutes and no one was hurt.

"This could have been catastrophic if it wasn't for the bravery of those firefighters," said Danz.