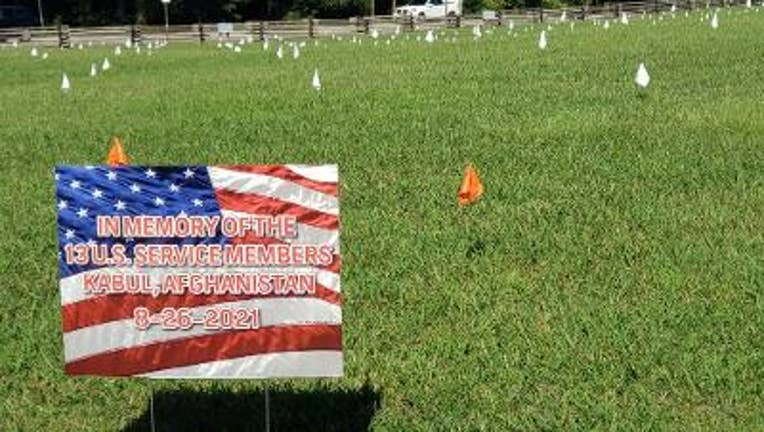 KENNESAW, Ga - Beginning this weekend, there will be a field of flags at the base of Kennesaw Mountain.

"To commemorate the 2977 people who died on 9/11," said Jamie Vann with the Kiwanis Club of Marietta.

For 20 years the Kiwanis Club of Marietta have been setting out flags at the National Park to pay tribute to those who died in the terrorist attacks on September 11th.

"I think so many people are fogetting. The younger people don't even know about it," said Frank Mims with the Kiwanis Club of Marietta.

Saturday morning more than a thousand volunteers will walk a mile down the street to Kennesaw Mountain to place flags in the field.  One flag for every person who lost their life on that horrendous day.

'So sad. Still makes me cry when I think about it, but we're a great nation and we overcome," said Mary Saad Williamson with the Kiwanis Club of Marietta.

This year there will be 13 additional flags, in memory of the US Marines who died in Afghanistan last month.

"Thirteen flags that will be at the end, guarding these 2977 and they'll be flown at half staff. These are the 13 people, hopefully the last veterans killed in the Afghan war," said Vann. 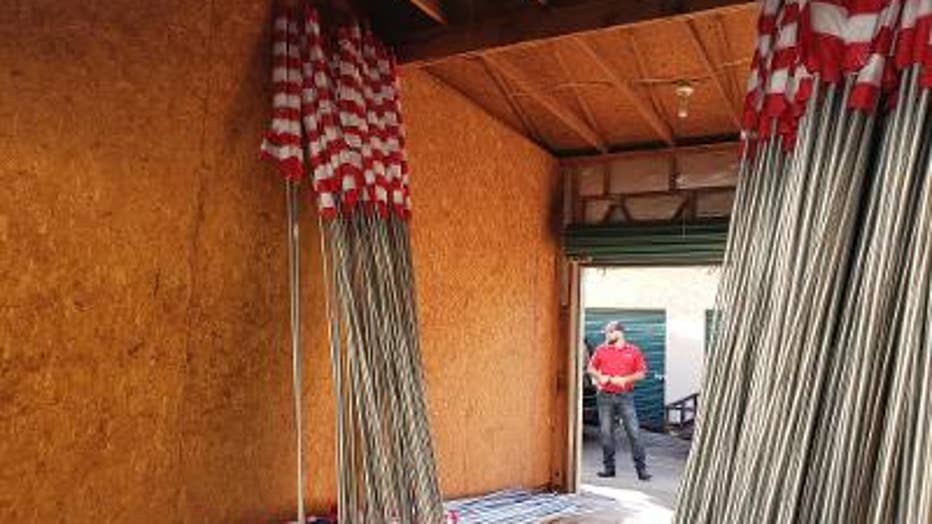 The Kiwanis Club of Marietta spends months organizing the field of flags that are displayed every 5 years.  A lot goes into preparing the flags, arranging them, setting them out, and organizing the ceremony on September 11th.

But everyone involved says it's worth every ounce of energy they put into it if it helps people remember what happened 20 years ago. 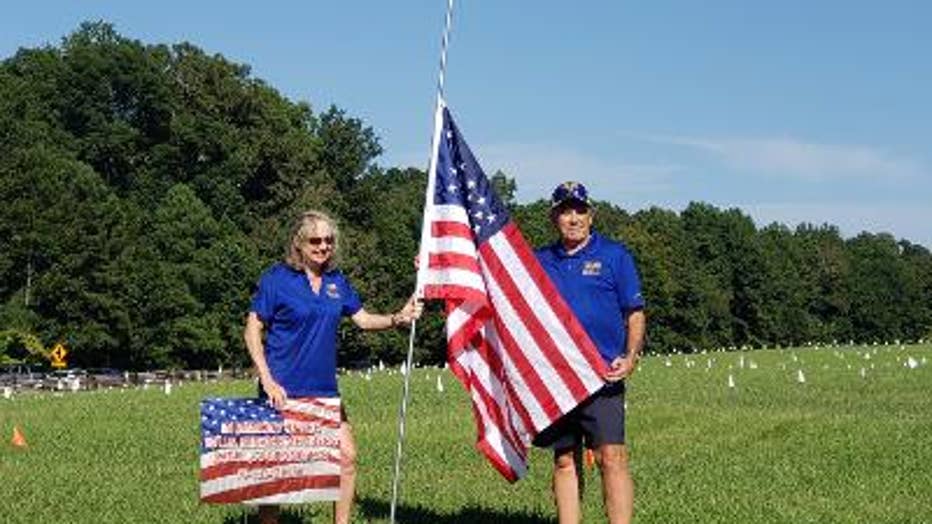 "It's just important to keep it going. Whatever I can do to help people not forget I'm trying to do," said Mims.

The flags will stay up through September 18th.