The Fayetteville Police Department will soon start using a less-than-lethal device in its arsenal of crime-fighting tools. The BolaWrap looks like something a superhero would use and doesn't cause much pain as it subdues a suspect. Police said this will help when encountering a mentally ill person.

FAYETTEVILLE, Ga. - Fayetteville police will soon have a new non-lethal tool when responding to calls.

Officers will be getting the "BolaWrap" in mid-July.

"It deploys a rope attached to two basically fish hook lines. It's made to wrap in the torso area so their arms, or their legs," said Fayetteville Police Chief Scott Gray.

Chief Gray said hundreds of departments across the country, and even some in Georgia already use this device.

With the number of calls involving people with mental health issues on the rise, he wanted to equip officers with a tool that is able to help subdue someone who may be behaving erratically.

"Officers will approach them and try to bring it to a peaceful resolution by de-escalation," Chief Gray said. But when de-escalation doesn't work, that's when officers need to use another tactic.

"Currently, our officers have to either physically put hands on them, and I mean, use force, a Taser, or other non-lethal means to get them to comply," he said. 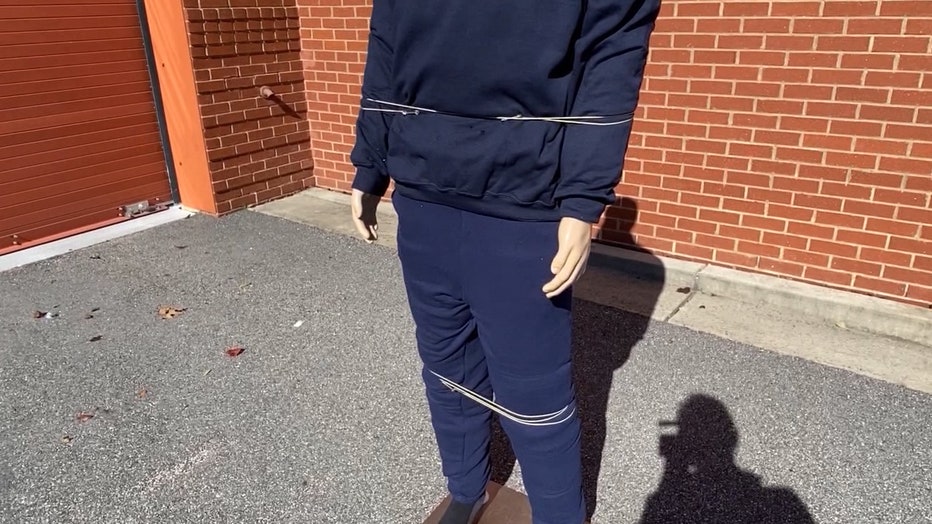 The BolaWraps are small, handheld devices, but unlike a Taser, it doesn't have a trigger.

For now, the plan is to have two devices for each shift.

School resource officers will carry them as well. Chief Gray said it'll be valuable for students to know police have tools they can use that don't cause harm.

"You're reaching out to the youth and you're showing that we're trying and giving every option to our officers when they're in that setting as well," he said.

Gray said as a department, it's their responsibility to continuously explore devices and practices that will help them serve their community better.

"It'll show the citizens that we're looking and doing everything we know to do and spending their money wisely, After all, it's the taxpayers' money."