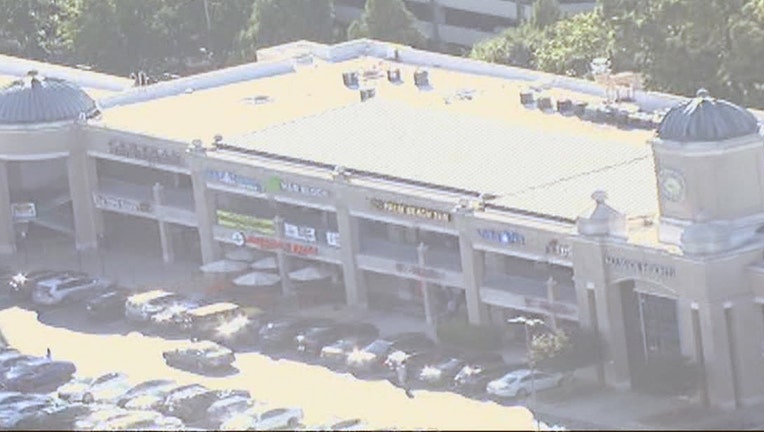 Police say an SUV stolen from the The Peach shopping center on Sept. 24, 2021 has a young child inside. The SUV has since been recovered and the child was unharmed. (FOX 5)

ATLANTA - Police said a bystander helped to stop an SUV that was being stolen with a young child inside at a Buckhead shopping center Friday.

Officers were dispatched to The Peach shopping center located in the 2900 block of Peachtree Road NW around 1:40 p.m. Atlanta police said when officers arrived at the scene, they found the stolen SUV a block south with the child still inside and unharmed.

Investigators said a bystander went after the vehicle and possibly helped to get the suspect to stop when he did. Police said the suspect parked the car and ran from the scene.

Atlanta police give update on car thefts in the city

The Atlanta Police Department, during a press conference on Sept. 23, 2021, said the number one reason cars get stolen is because the keys are left in the car and the cars are left running. This video was provided by the APD.

Investigators said the child’s father was cited for reckless conduct after it was discovered he left the keys in the car and the car running.

Atlanta police, during a press conference on Thursday, discussed the exact issue.