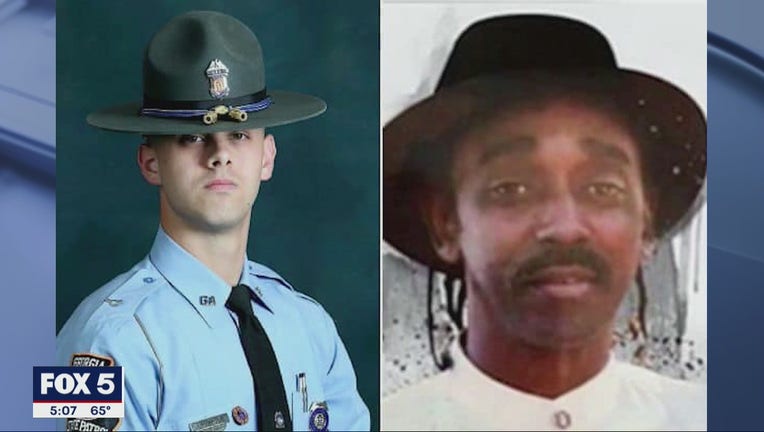 SAVANNAH, Ga. - Relatives of man who was shot to death by a Georgia state trooper now charged with murder plan to sue the state for wrongful death.

Lawyers for family members of Julian Lewis filed notice Monday in federal court in Savannah. The state has 30 days to respond or lawyers say they will move forward with the suit.

Jacob Thompson is charged with felony murder and aggravated assault in the Aug. 7 death of Lewis. Thompson was on duty with the Georgia State Patrol when he tried to pull Lewis over for a broken tail light in rural Screven County. When Lewis refused to stop, the trooper chased him and forced his car into a ditch, then shot Lewis in the head.

“The money will not bring my husband back; no amount of money will bring him back,” she said. “I loved my husband. He’s not here. But justice will be served.”

The criminal case awaits grand jury action, but Lewis’s family is demanding $1 million in damages, the most allowed by state law. The family also plans to file a federal civil rights lawsuit demanding an additional $12 million.

Thompson wrote in his incident report that he shot Lewis as Lewis was revving his engine and turning his steering wheel, as if he trying to ram the trooper. But Georgia Bureau of Investigation Agent Dustin Peak testified in September that was impossible, because Lewis’ car battery disconnected when it hit the ditch, leaving the vehicle inoperable.

Peak testified that dash camera video shows one second elapsed between the time the trooper exited his patrol vehicle and fired the shot that killed Lewis.

Johnson called on the state to pay a settlement without waiting for the lawsuit to be filed.

“Julian Lewis was my only son, and this young man took my only son away from me,” said Lewis’s mother, Lindsay Milton. “And it’s just about to take me away from here.”