A private funeral was held for Herman Cain in southwest Atlanta. He passed away in July after a battle with the coronavirus.

ATLANTA - A small crowd of family members and friends wore masks inside Alfonso Dawson Mortuary Friday as they attended the funeral service for Herman Cain, 74.

The former presidential candidate and talk radio personality passed away in an Atlanta hospital July 30 after a battle with COVID-19.

Cain grew up in Atlanta and graduated from Morehouse College in 1967 and went on to earn a Masters's degree from Perdue University.

He worked for the Navy before moving into the corporate world, working for Coca-Cola, Pillsbury and Burger King.  He became the CEO of Godfather's Pizza and was named President of the National Restaurant Association, but those who knew Cain said it was his faith that led to his success. 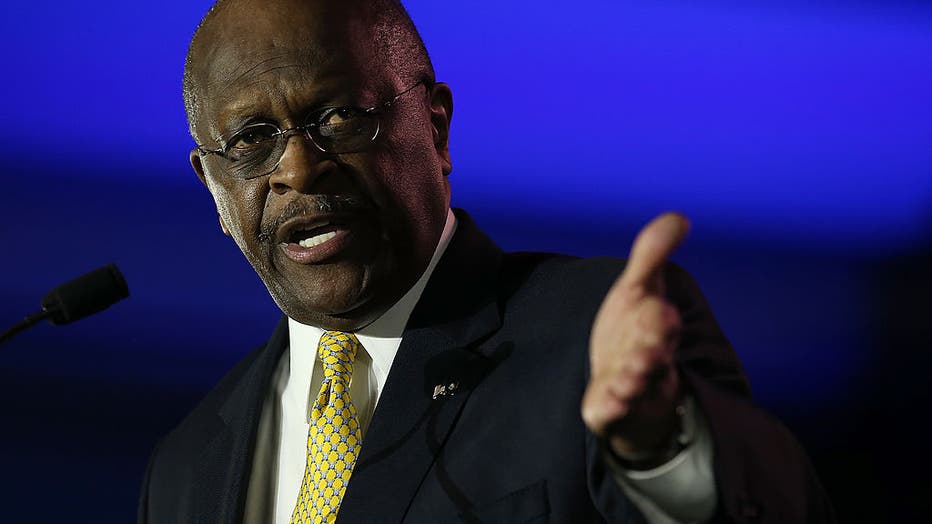 NEW ORLEANS, LA - MAY 31: Herman Cain, former chairman and chief executive officer of Godfather's Pizza, speaks during the final day of the 2014 Republican Leadership Conference on May 31, 2014 in New Orleans, Louisiana. Leaders of the Republican Par

According to his obituary, Cain became a licensed preacher at Antioch Baptist, his lifelong church, in 2002.

"Much like our family, COVID-19 has affected so many around the world.  Prior to getting this virus, Herman was completely healthy.  So, it was COVID, not any other underlying conditions that cost him his life," said Karol Cain, Cain's daughter-in-law, in a video message.  "Herman has left an amazing legacy that will be remembered for years to come.  You too have an amazing legacy to leave.  So, let's stay safe together."