WILLIAMSON, Ga. - Family and friends gathered inside of a hangar in Williamson Saturday afternoon for a memorial service for Nathan Sorenson and Mark Nowosielski.

Family and friends gathered together to celebrate the life of the Georgia pilot and teenager who died in a plane crash in January.

The two were killed on Jan. 25 when their plane went down in Coweta County.

Nowosielski was a pilot with Southwest Airlines and a member of the award-winning aerobatic team called the Twin Tigers.

Nowosielski and Sorenson's fathers were teammates and close friends.

"Each and every one us here today know we were loved by little Mark or by Nathan or by both. Mark and Nathan lit up a room. They danced and they played and they smiled and they enjoyed every moment to the fullest," said Brooke Sorenson, Nathan's mother. 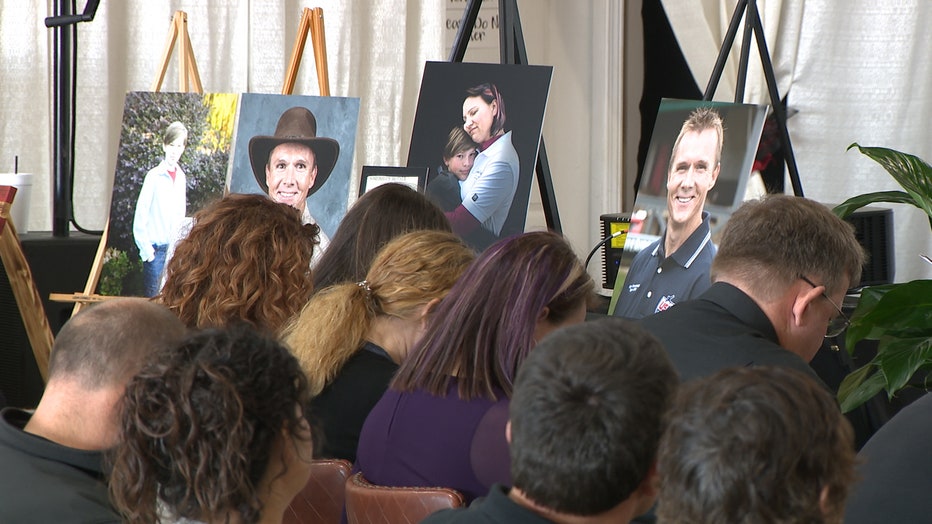 "Yes, I was warned by others to be careful as children grow up so fast and before you know it, they move on. Never would I have imagined, it would have been this soon," said Mark Sorenson, Nathan's father.

Those who knew Sorenson say he was a chatty 13-year-old with a passion for aviation and video games. He had dreams of making it big on YouTube. He was also compassionate for animals and everyone around him.

"My favorite memories of Nathan are when my sister and Nathan would just show up at the house, he would surprise us. And he would run through the door and my kids would scream because they were so excited. He would just hug us and his hugs were so contagious. He was the softest most amazing kid ever," said Tiffany Bohr, Nathan's aunt and godmother.