EUHARLEE, Ga. - A sinkhole opened up in Lynn and Kevin Southerland’s yard on May 7.

Since then, the couple says the sinkhole has grown from 10 feet wide to 19 feet wide.

The sinkhole is now just eight feet from the side of their home.

“[We were] speechless and sick to our stomachs that our son had just been here,” they said.

Their son had been in the exact same spot just 30 minutes prior.

They said there was no warning.

“It was perfectly level. No dip, no nothing, no signs. It formed.”

A north Georgia family is concerned about a growing sinkhole in their yard.

The couple said they’ve called everyone they can think of to figure out how to deal with this growing problem., but so far, they’ve found no help.

The Southerlands said no one has even come out to inspect the land to ensure they won’t happen someone else on their property.

“The [Army] Corps of Engineers, we’ve called the city, the county, EPD, the department of community development. Everywhere we call gives us another number and says well it’s not Us but call here,” Lynn Southerland said.

The family’s house sits right along a river and Southerlands believe the sinkhole could be the result of An erosion problem.

“The erosion on the riverbanks has opened up a tunnel and it’s just sucking it in like a vacuum,” Kevin Southerland said.

The Southerlands said they’ll continue to find a solution. In the meantime, hope the problem doesn’t get any bigger.

“We worry that’s it’s gotten so close to the house. How much further does it need to get before it’s a problem and compromises our home? Obviously we have kids here. A special needs daughter and it’s hard for us to go places because all of her equipment we need,” the couple said.

The Southerlands and their neighbors evacuated on the first night but they are now back in their homes.

The family of five is not staying on the side of the house closest to the sinkhole. 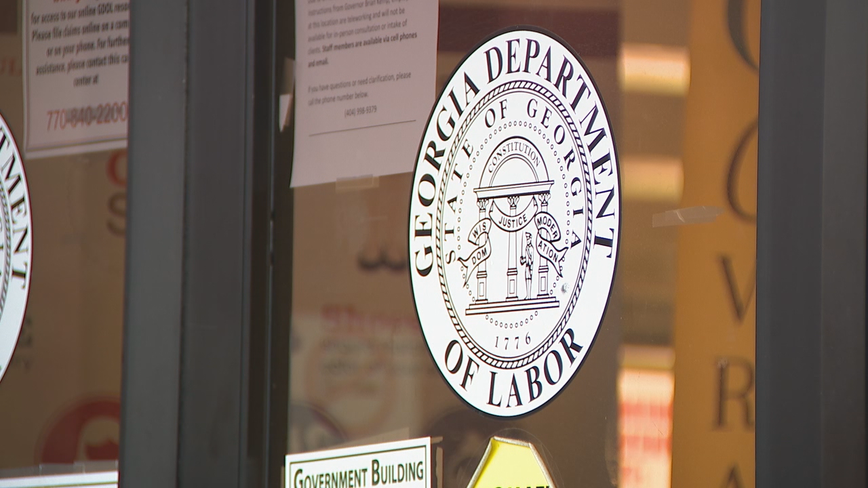