Ellijay teachers rally around one of their own

When teacher Christian Johnson underwent brain surgery in January, her Ellijay Elementary School family went to work doing everything they could to help her.

The women met two years ago when Johnson became a student-teacher in Martin’s classroom; soon, Johnson followed in her mentor’s footsteps, joining the school's team as a special education teacher in the same building.

"I graduated from Dalton State University in December 2019 and got hired on the very next day here at Ellijay Elementary school," says Johnson.

But last May, as the entire world shut down, Christian Johnson’s was rocked in a different way.

"I started having bad headaches," says the teacher, "but in my mind, I’m having a bad migraine, because I had never experienced a migraine before and I’m spending a lot of time on the computer." 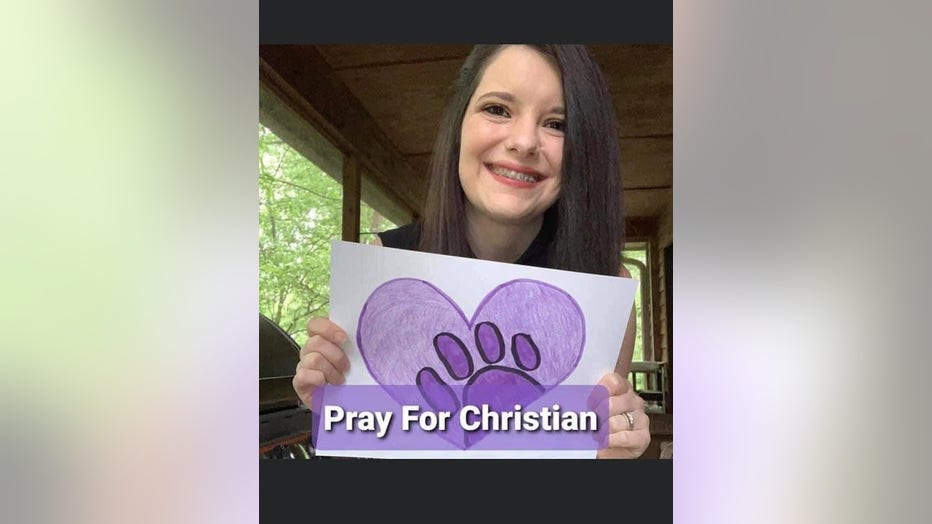 When the pain became so debilitating that Johnson ended up at Northside Hospital Cherokee, doctors realized it wasn’t a migraine; they found a mass on her brain. And when they finally performed a biopsy in December, the news was shattering.

"I have a grade 3 anaplastic astrocytoma, which is a rare malignant tumor," says Johnson. "It took me a while to process that malignant meant cancerous."

So, when Johnson underwent brain surgery in January, her Ellijay Elementary School family went to work -- supporting not just their fellow teacher, but also her husband and the three young nephews they are raising.

"The school set up a meal train, they’ve had meals basically about every night," says Martin. "Several of her friends have done auctions, we’ve done T-shirts — I’ve got one on today — just to raise money and show support."

"Every teacher in this building is in the boat with her," she said.

Although the surgery was successful, doctors say this is the kind of tumor that can return — meaning this will be a lifelong medical journey for Christian Johnson. But clearly, it’s one she’s not making alone.

"I mean, it’s just amazing what people are doing. This community has really rallied together and just made me feel loved and supported and cared for," says Johnson. "I truly believe that God has held me through all of this, and all glory to Him."

If you’d like to help Christian Johnson and her family, donations may be made through Venmo (johnsonjoey44), and she encourages people to support the Southeastern Brain Tumor Foundation, which offers support to brain tumor patients and their families.