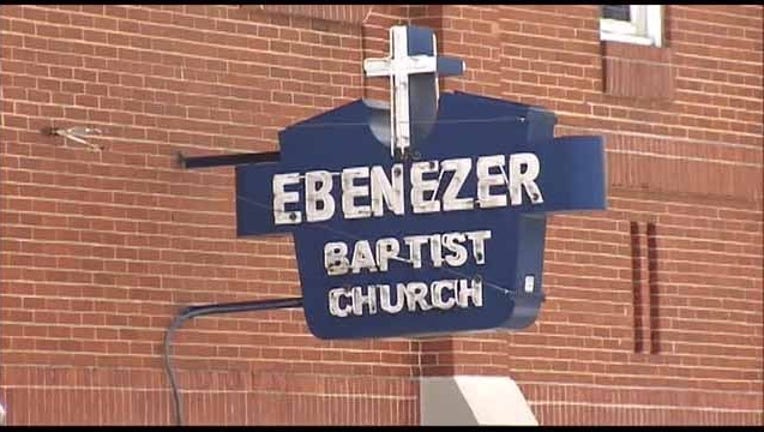 Ebenezer Baptist Church members gathered in their house of worship Sunday for the first time since several confederate flags were placed around the building on Thursday.

Pastor Raphael Warnock had strong words for those responsible for what he and many consider an act of hate.

"Every now and then evil will make it to your doorsteps, " said Warnock.

Police continue to investigate the incident and are actively seeking two persons of interest seen walking in the area of the church that night.

Church members tell us they run toward the church when they feel threatened, not away.

"We live in a country with freedom of speech but it seems there was ill intent, so certainly we are concerned, "said church member Angela Watkins.

Police identify the two white males in the video as persons of interest, and said they were present around the time flags were placed on the property.