Ed McFadden was busted for breath mints. Rockdale Co deputies thought the pieces of mints were actually crack. They said a field drug test told them so. The test was wrong. McFadden says cops should wait for crime lab results before making an arrest.

CONYERS, Ga. - The instructions on the box remind police results are not guaranteed. Yet a FOX 5 I-Team investigation revealed how some Georgia police departments still put their trust in a two-dollar drug test kit that's sending innocent people to jail.

At least six Georgians wound up behind bars for no other reason than because a field test alerted police they had drugs. The GBI crime lab ultimately determined those quick test results were wrong.

If those cops made just one change in their approach, it might avoid a lot of misery. Just ask Justin Mallory. The Atlanta X-ray technician still can't believe he survived an entire month in the Fulton County jail.

“It was like gladiator school," he remembered with a shudder.

Ed McFadden's stay in the Rockdale County jail lasted only two days. But please don't think of him as lucky.

“You're messing with people's lives," he protested. "Especially with something like this. Especially for someone that's never – I'm 52 years old. I've never had a drug charge.”

Neither man would have faced drug charges if police had not been so eager to trust the results of a disposable field test, a test that the FOX 5 I-Team discovered has been wrong many times before.

Last November, Rockdale County deputies pull over McFadden because his tag light is out. The deputy smells marijuana which McFadden blamed on a friend who had driven the truck earlier. He had no problems letting deputies take a look.

“Since I smelled the weed, I'm going to search the car," the deputy explains on the dashcam video.  "Go ahead. Go!” agrees McFadden.

The deputy doesn't find any marijuana. But according to his drug field test, he finds something far more serious: crack cocaine.

“It tested positive for cocaine," the deputy explains.

"Take me to jail man because that ain't no cocaine," insists McFadden.

And then another deputy says this:

Two days after missing work and paying a bail bondsman, McFadden got his truck out of impound and realized what deputies had been testing.

“As soon as I saw those candy wrappers I said... breath mints!”

Pieces of crushed mints sprinkled on his front seat. The breath mints he had picked up from a pizza parlor had tested positive for crack.

Seven months later, the GBI Crime Lab released its report on that suspected crack. No crack. No controlled substances. A Rockdale County sheriff's department lieutenant said the deputy likely misread the results of the field test.

Justin Mallory remembered sitting with a row of others in the Atlanta Police precinct after being arrested on suspicion of DUI. He looked up to see the officers celebrating.

The X-ray technician would spend the next four weeks in the Fulton County jail. Accused drug traffickers with two ounces of meth don't get a quick bond. Mallory wrote letters from jail trying to explain that what they tested was really incense and baking ingredients left by a friend making vegan donuts.

By the time a judge finally granted him bond, Mallory said he'd been evicted and his truck repossessed. His fish and turtles dead.

“Everything I had amassed in my 18 years in Atlanta was gone," he complained.

“This is not working," Mallory pointed out. "This is not accurate and this is a life-wrecker.”

A FOX 5 I-Team analysis found test kits wrong in more than 30 criminal cases in Georgia just last year. Many of those involved suspects who were also charged with unrelated drug offenses. But some -- like Mallory, McFadden and an Atlanta couple -- landed in jail based only on a field test that turned out to be wrong.

In all three of those cases the maker of the test kits was a company called Sirchie International. When we contacted them, a spokesperson would only say the results are supposed to be confirmed by a crime lab. Some police officers actually take those words to heart. They won't make an arrest until the GBI results are back.

Last year, Sandy Springs police tested white powder found in a high school teacher's wallet. According to the police report, a field test twice confirmed that powder was cocaine. But police decided not to arrest that teacher until the GBI crime lab did its own analysis.

That test was negative. No charges were ever filed. The teacher insisted all along it was headache powder. Imagine what would have happened to her career had she been arrested.

Phil Price is the commander of the Cherokee Multi-Agency Narcotics Squad. He believes if a field test is a cop's only evidence, they should release the suspect.

“You can always come back after the lab results come back and find that individual," Price argued.

"Is it that easy to find them?" I asked.

"I will not say it's easy. I will say that's what we do for a living. We go find people.”

That way, he agreed, no innocent person is being put in jail based only on the testimony of a field test. The kind that certainly does not tell the truth every time.

The Rockdale County Sheriff's Department gave us this statement.

"Tthe Rockdale County Sheriff’s Office Narcotics team has been retrained. We will longer use this field test kit for probable cause to arrest someone. The substance will be sent directly to the crime lab for testing."

Atlanta Police issued this statement about its use of field tests.

"A proper drug arrest may be made upon probable cause, which may or may not include a field test.  APD does use NARK II field test kits when field testing is done. The results are presumptive, and all suspected narcotics are sent to the appropriate crime lab for testing during the criminal investigative process. The judicial system is the appropriate place to ultimately determine the sufficiency and admissibility of evidence as well as guilt or innocence." 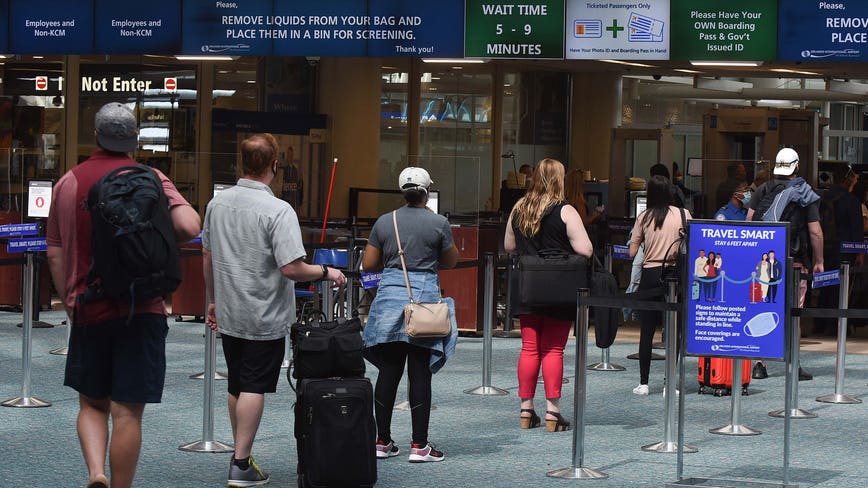