Police say a driver was transported to the hospital after their car caught fire when it crashed into a DeKalb County school bus on a busy road.

BROOKHAVEN, Ga. - Police are at the scene of a fiery crash involving a school bus in Brookhaven Wednesday morning.

Officials tell FOX 5 at around 8:10 a.m., they received reports of a vehicle hitting an occupied DeKalb County school bus on the 3500 block of Buford Highway.

According to investigators, a 2013 BMW was exiting a business and failed to yield, hitting the bus that was traveling to Sequoia Middle School.

The impact of the crash caused the BMW to burst into flames.

Around 40 children on the school bus and all the adults involved were evacuated and evaluated at the scene. 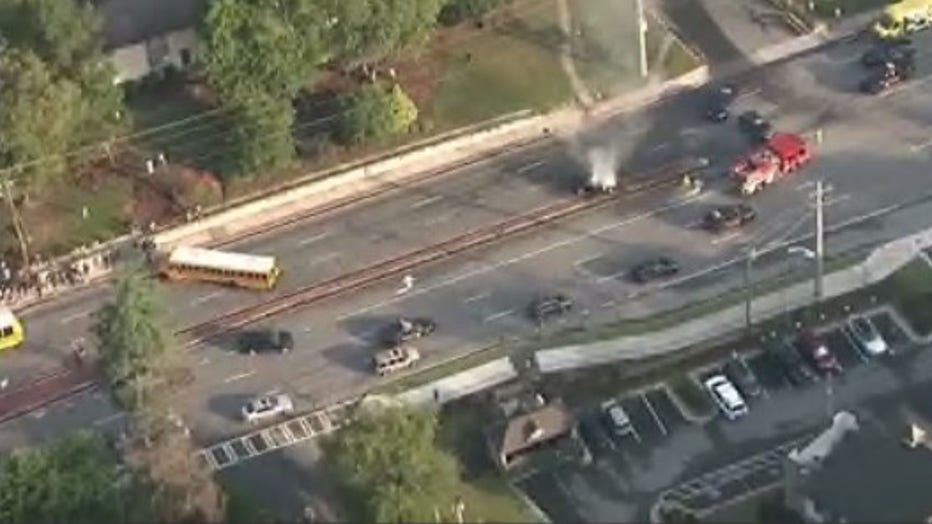 Officials say no children were injured in the crash or by the fire. Police say the driver of the BMW was transported to a local hospital after complaining about head pain.

The driver has also been cited for failure to yield while entering the roadway.

All lanes of Buford Highway are now reopened in both directions.