A driver will be one of the first charged under a new ordinance in Dunwoody meant to protect bicyclists after a video shows the SUV clipping the rider.

DUNWOODY, Ga - A driver was charged with a new law in Dunwoody after hitting a cyclist.  The cyclist knew all about the law because she helped write it.

Dunwoody Police says the driver violated the city's VRU, Vulnerable Road User ordinance. The ordinance, that went into effect in May, is designed to help protect pedestrians and cyclists. 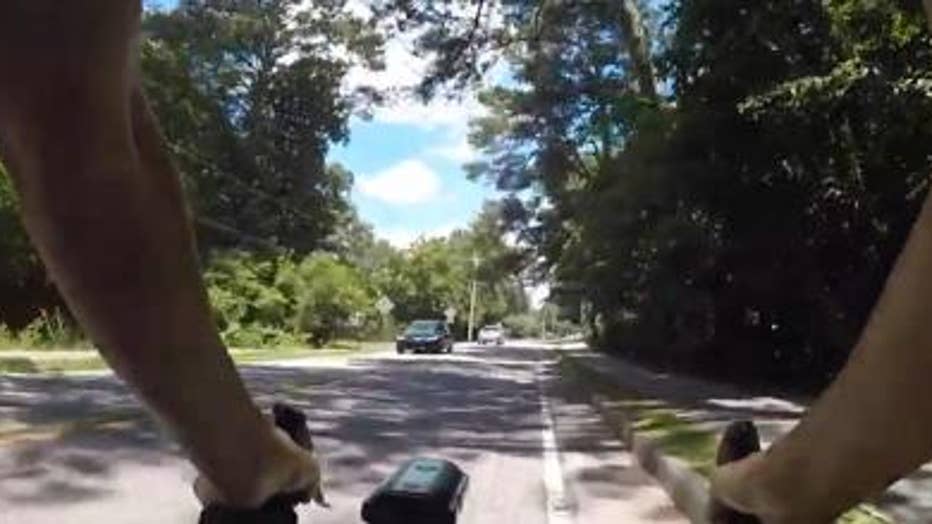 Pattie Baker was riding on Tilly Milly Road on Monday when an SUV hit her and kept going.

"I got hit by a driver of an SUV, suddenly and quickly and hard," said Baker.

Baker was wearing a video camera. The video helped Dunwoody police track down the driver.

Under the VRU ordinance, drivers are required to leave a 3-foot distance when passing cyclists.

"State law is a little ambiguous there, it says 3 feet when feasible. In Dunwoody now there's no question about it, you must leave 3 feet even if you have to pass that yellow line to give enough distance," said City Councilmember Tom Lambert. 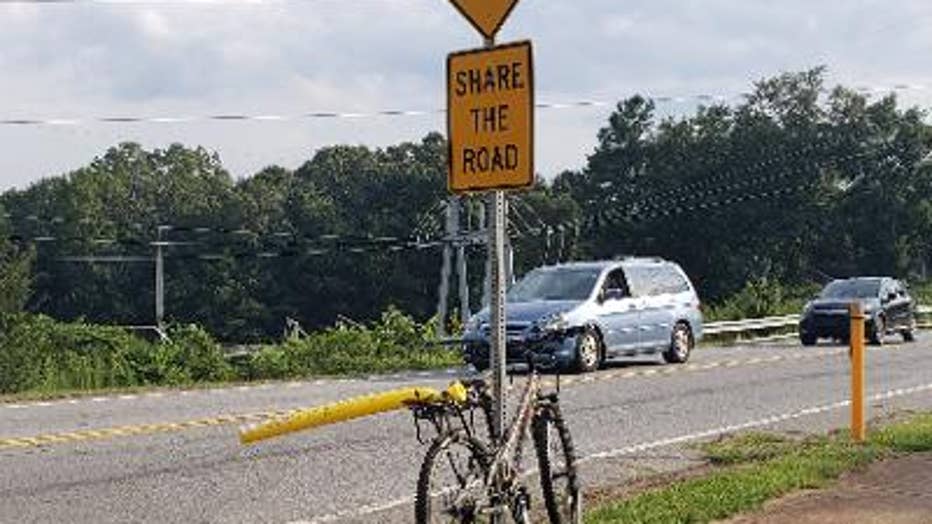 Dunwoody is the only city in the Southeast to have a VRU ordinance. Baker knows all about it. The long-time bicycle advocate provided input when city leaders were drafting the ordinance.

"To be in a situation where it was utilized, I'm very grateful to the city of Dunwoody for having done that," said Baker.

Baker knows the roads can be a dangerous place for cyclists.  That's why she straps a yellow pool noodle to her bike when she hits the road.  It gives drivers a sense of how far 3 feet it, and keeps them from getting too close. 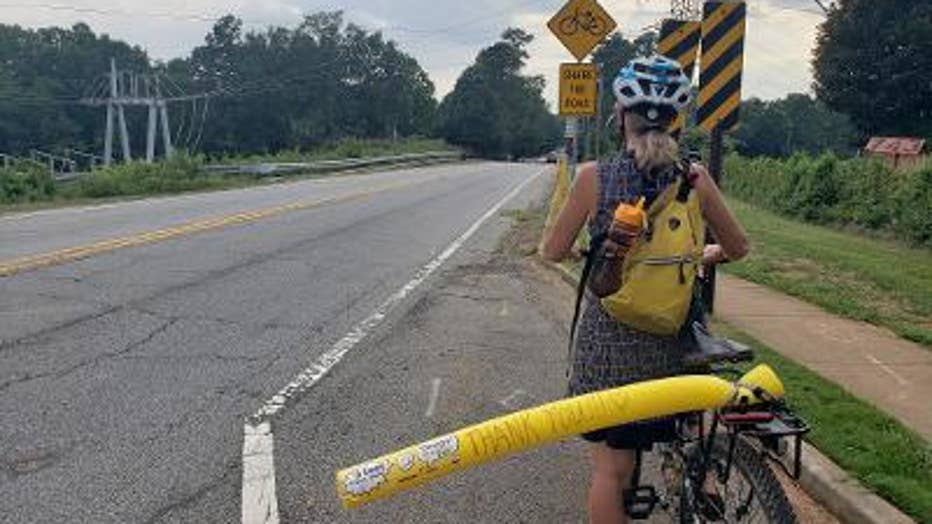 "It helps people visualize what a safe passing looks like," said Baker.

Baker says it has worked wonders, until this past Monday when she was riding down Tilly Mill Road.

"I honestly believe I'm here by the grace of God," said Baker.