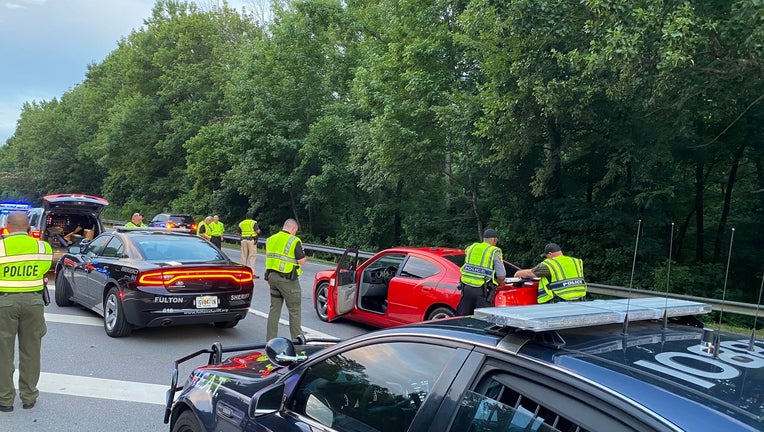 Officials say Operation Rolling Thunder was done as a partnership between the Fulton County Sheriff's Office's Scorpion Unit, the City of South Fulton, Georgia State Patrol, and the Governor’s Office of Highway Safety

In the operation, law enforcement conducted safety checkpoints throughout the county.

In total, deputies say they issued 103 citations, arrested 12 people, made one arrest for driving under the influence, impounded four vehicles, confiscated illegal drugs, and found a weapon that was reported stolen.

"If you plan to come to Fulton County to commit crime, we are coming for you," the Fulton County Sheriff's Office wrote on Twitter.

Officials have not said what the 12 arrests stemmed from or what charges drivers face.