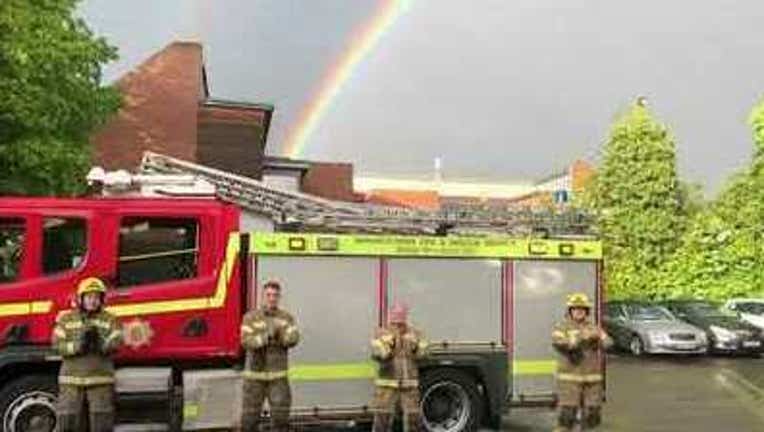 UNITED KINGDOM - A double rainbow appeared above Warwickshire Fire and Rescue Service in Bidford-on-Avon, United Kingdom, during their clap for key workers tribute on April 30.

Video uploaded to Facebook by Warwickshire Fire and Rescue Service shows four firemen in front of their fire engine, with the camera panning to follow the double rainbow behind them.

In their Facebook post, the fire service said: ”After the storm comes the rainbow. The crew at Bidford Fire Station pulled out all the stops tonight and even ordered the rainbow to join with their #ClapForTheNHS. Just amazing!”

For the sixth week in a row, people across the UK clapped to show appreciation for health professionals and other key workers, during the coronavirus pandemic.