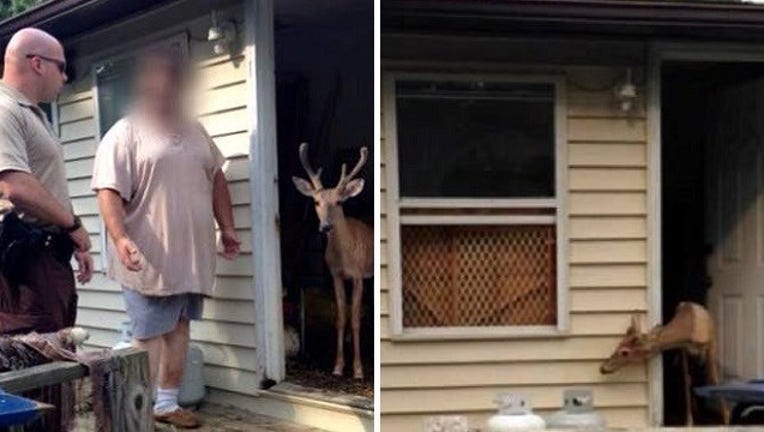 HUNTINGTON, W.Va. (AP) - Officials say a West Virginia man had been keeping two deer in captivity at his home for at least a year.

Addesa says the deer had a supply of hay available to them inside the home. But Ronnie Chapman denied the deer lived at his home, saying they could come and go as they pleased.

Addesa says officers set the deer free but because the animals were domesticated, they may be considered for relocation.

In West Virginia, illegal possession of wildlife is a misdemeanor.