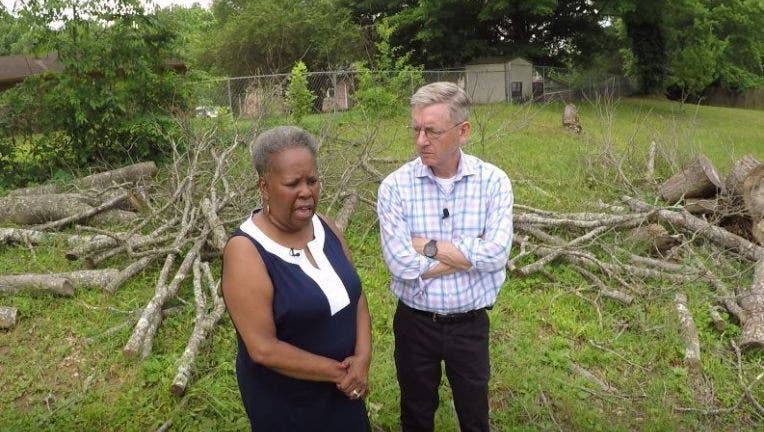 DEKALB COUNTY, Ga. - Frustrated homeowners celebrated the arrest of the owner of a DeKalb tree-cutting service they blame for leaving their yards an eyesore and public danger.

Members of the DeKalb County Sheriff's Fugitive Squad took Angela Hodges into custody Tuesday, three months after a series of criminal theft warrants were issued against her.

The charges involve four different homeowners who claim Hodges took money upfront to take down trees or remove stumps, then failed to show up to do any work at all. One complainant said he paid Hodges $5000.

Many others filed civil suits against Hodges after she cut down the trees but then failed to come back to remove the debris.

"This is not a yard," she told me as we walked through a backyard littered with giant logs and heavy branches. "I should make money for the movies the way my yard is looking."

"Disaster movies," she agreed. "Real scary ones that I don't watch."

Callahan worried about snakes or what might happen if her grandchildren try to play outside. 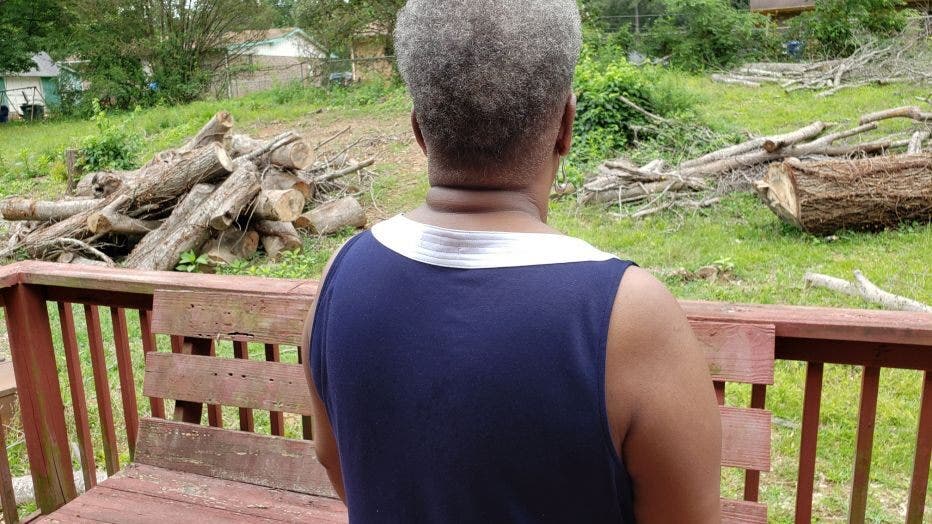 It wasn't supposed to look that way. In January, Callahan signed a contract with Don's Tree Experts: $2000 all upfront to cut down two dying trees and haul away the debris.    When the company only did half the job, Patricia tried calling owner Angela Hodges. According to the Better Business Bureau complaint, Callahan would eventually file, Hodges "always had the same excuse, truck in the shop or it has rained or is going to rain."

She later sued but couldn't find Hodges to serve her.

Months went by. The horror movie continued to play. As it turns out, in more than one theater.

Several other Don's Tree Experts customers filed their own lawsuits, including Pattie Seymour.

"Everything that Angela Hodges I believe that have said is a bunch of lies," Seymour told a magistrate judge in June.

The FOX 5 I-Team investigates a DeKalb County tree cutting company accused of stealing from its customers. Hear what some of the alleged victims had to say about the arrest of Angela Hodges in their own words.

She explained she and her husband gave Hodges two checks totaling $7200. According to their lawsuit, Hodges left their yard a disaster, too.

The couple would win a $4000 judgment. But then Ms. Seymour's husband passed away, leaving her to try to go back to court alone to try to collect on the judgment.

"It's hard to find out even where she lives," she explained to the judge through tears.

Hodges also failed to show for that hearing as ordered by DeKalb magistrate judge Matthew McCoyd. Instead, she sent an attorney who asked for a continuance because she hadn't been able to review the case with her client.

"The only reason you can't review it with your client is your client's not here!" pointed out the exasperated judge.

The judge told the attorney he wanted Hodges to come before him to face possible criminal contempt charges for failing to appear. That was in June. But instead of going to court, Hodges went on to run her company for the next three months. 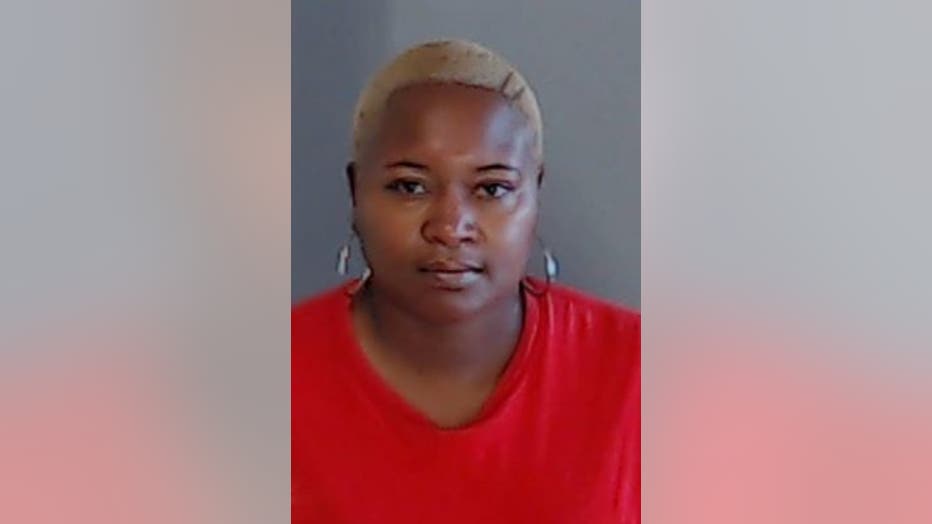 That is, until Hodges was arrested this week. Even though she wasn't one of the customers who filed criminal charges, Patricia Callahan -- the Atlanta woman who says her backyard is the perfect set for a disaster movie --  showed up for the video-conferenced hearing, satisfied with Hodge's orange jumpsuit costume change.

Judge Curtis Miller set bond at $5000 and ordered Hodges to stay away from any tree business work while the cases are pending.

Callahan still hopes she will get back her money, but felt the low bond and job restriction was not enough.

"No cause I don't trust her," she explained.