GWINNETT COUNTY, Ga. - A grocery store worker accused of stabbing his boss appeared before a judge on Tuesday.

Employee accused of attack on supervisor

Police say 21-year-old Akin Williams of Snellville stabbed his 59-year-old female supervisor in the neck, abdomen, and limbs at a Kroger on the 1900 block of Grayson Highway. While both Williams and his victim worked at the grocery store, he was not on the schedule that day.

At Williams' preliminary hearing, investigators say the attack was recorded on surveillance cameras, showing Williams slamming 59-year-old Maria Mosher to the ground, kicking her face so she could not leave, and stabbing her with a folding pocket knife.

Paramedics rushed Mosher to Gwinnett Northside Hospital with significant wounds. On Monday, eight days after the attack, she was released. Officials say Mosher suffered stab wounds and five broken ribs. In total, they say she was trapped with him in the grocery store's break room for an hour.

Williams is facing charges of aggravated assault, kidnapping, and false imprisonment. A Gwinnett County judge found probable cause on all three counts, ruling that the case will move forward.

Investigators have not yet said what led up to the stabbing, but they did mention that Williams "didn't say a word" to Mosher during the hour she was trapped. 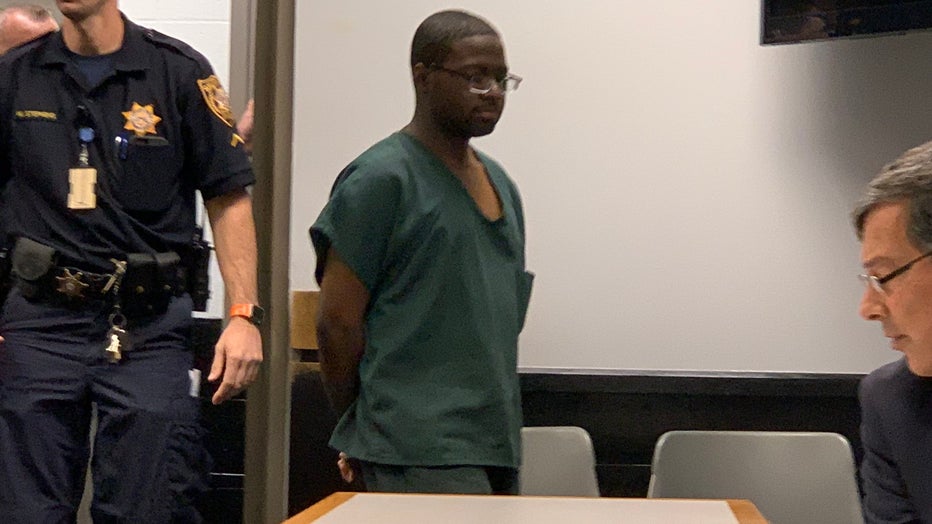