The Coweta County Sheriff's Office shared this body cam video of deputies come across a crashed pickup truck along a rural road.

COWETA COUNTY, Ga. - Deputies in Coweta County are warning drivers not to drink and drive, and in particular, not to drive drunk to pick up a drunk friend. This after an incident caught on camera by the Coweta County Sheriff’s Office.

Frederick Anthony Turner, 38, and Jesse Caroline Walker, 22, were both arrested on the evening of June 20 on DUI charges. Deputies said both crashed their vehicles along Glover Pond Road.

Video released by the sheriff’s office of that night show deputies discovering Turner’s pickup truck flipped upside down on the road. Its engine was still warm and the beer cans that had spilled out were still cold. 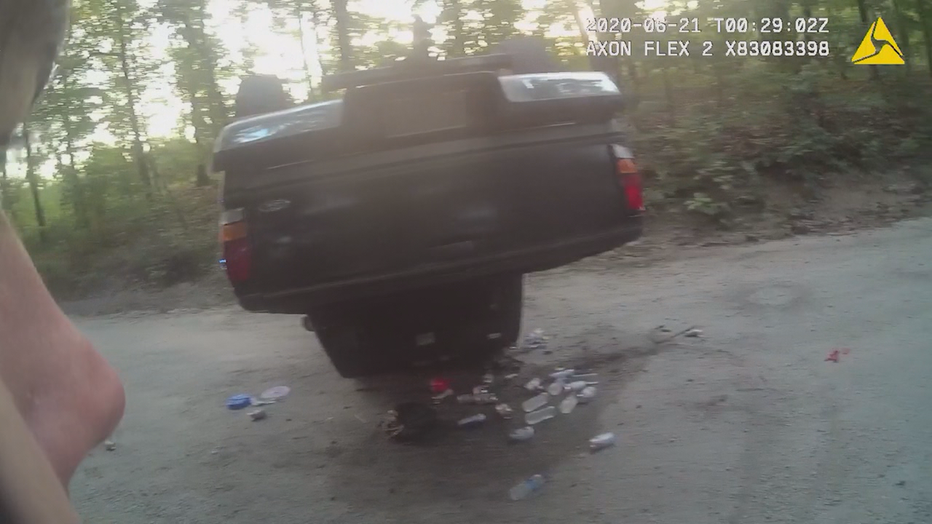 Coweta County deputies encounter an over turned truck with beer cans spilled out of the bed along a rural road on June 20, 2020 (Coweta County Sheriff's Office)

Concerned for his safety and that he may be disoriented, firefighters used thermal imaging cameras to try to find him in the woods, but he wasn’t there.

Deputies said he was just down the road. He had hopped into Walker’s pickup truck just moments before emergency officials arrived at the scene. Walker, who deputies said was in no condition to drive to Turner’s aid, didn’t get far. She too had trouble navigating the curves along Glover Pond Road.

Body cam video of the arrest of Frederick Anthony Turner

The Coweta County Sheriff's Office released this video of Frederick Anthony Turner being arrested for DUI after crashing his truck.

Admittedly, most drivers will admit the road is not an easy one to navigate in any condition. It is winding, narrow with low visibility on both sides.

Deputies discovered she had driven her car into the side ditch and got stuck. Inside, deputies found the pair and more cold beers in a cooler that they believe Turner had carried from his own wrecked truck to hers. 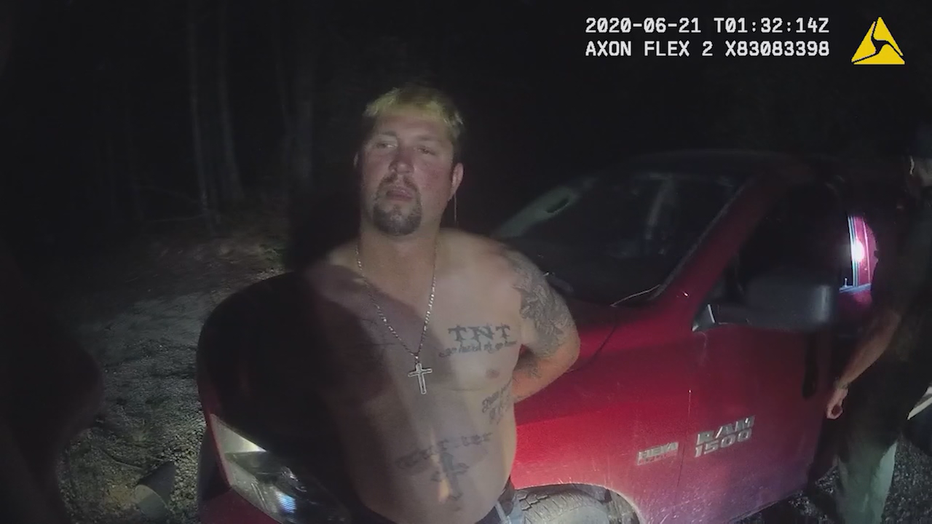 Turner was taken into custody for DUI and simple assault on a law enforcement officer. Walker failed her sobriety test, deputies said, and was arrested.a