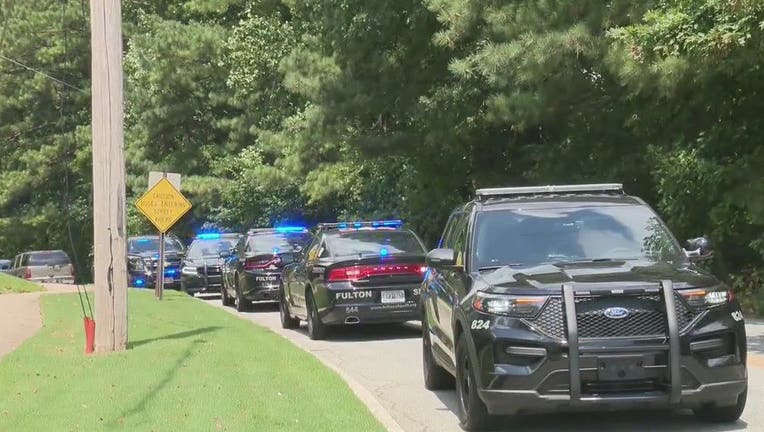 DEKALB COUNTY, Ga. - A DeKalb County K-9 deputy has been shot and killed while chasing a fugitive Tuesday afternoon.

The DeKalb County Sheriff's Office tells FOX 5 the incident started when deputies were searching for a rape suspect they heard was in the Kimberly Way area of southwest Atlanta.

While patrolling, a deputy spotted the fugitive and began a foot chase.

Officials say the K-9 escaped his partner's control and "advanced aggressively" toward a plain clothes sheriff's office investigator.  The investigator fired in self-defense. The dog was killed in the shooting.

Akies said the shooting was a "tragedy" for the Bloo's handler and the entire DeKalb County Sheriff's Office.

The suspect involved in the chase is still at large.