While many watch the ball drop, toast champagne and kiss a loved one as the clock strikes midnight, law enforcement are left dealing with the negative celebratory aspects of New Year’s Eve.

New Year’s Eve is the busiest night of the year for illegal celebratory gunfire, according to Police Chief, a publication for the International Association of Chiefs of Police.

From Texas to Cleveland, there were reports of violent — and in some instances, deadly — gunfire in cities across the U.S. 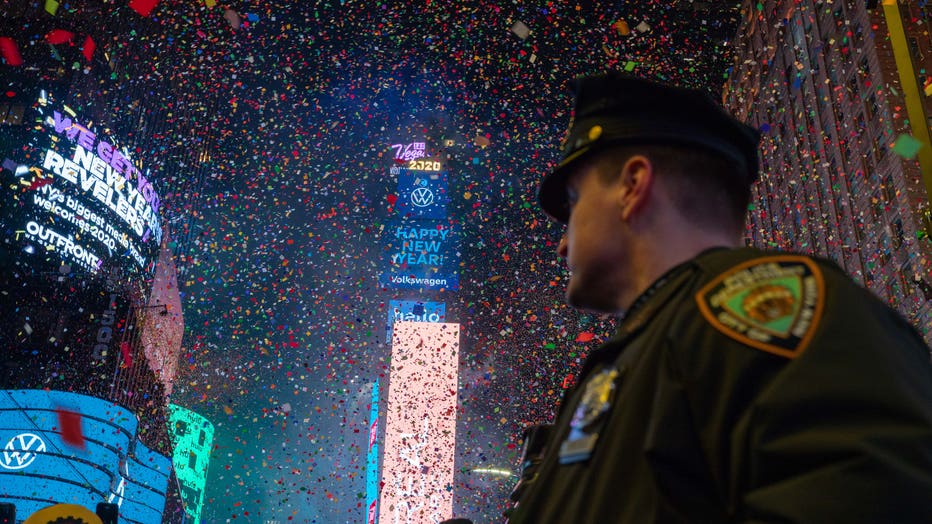 In St. Louis, four people were fatally shot and five others were injured in multiple shootings on New Year’s Eve, according to FOX 2.

In one of the incidents, officers responded to a 911 call around 1:30 a.m. and found two teens shot at a New Year’s Eve party. About 75 to 80 teenagers were at the home celebrating when a gunman walked through the front door and started shooting, FOX 2 reported.

Cleveland suffered a violent end to 2019, where authorities said 13 people were shot over a nine-hour span between New Year’s Eve and early New Year’s Day.

In one of the shootings, police said a man was "popping off" rounds to celebrate 2020 just after midnight when he allegedly shot and killed his 31-year-old girlfriend, according to WOIO-TV.

Police in West Virginia said seven people were shot early New Year’s Day at a hookah bar. Authorities said some of the victims were inside the bar, while others were outside, according to WDTV-TV.

Witnesses said a dispute inside the bar that continued outside may have led to the shooting, according to the station.

In Mississippi, a woman was killed on New Year’s Eve after being hit by a stray bullet, according to WAPT-TV. Family members said Jteira Myers, 24, was in a back bedroom of a house in Jackson when gunfire ripped through her bedroom.

Myers was struck in the shoulder and neck and died instantly, her mother told the news station.

A Texas woman was shot and killed during a New Year’s Eve celebration, and investigators believe she may have been struck by celebratory gunfire.

Several family members were in a cul-de-sac lighting fireworks to celebrate 2020 when the Houston woman, identified as 61-year-old Philippa Ashford, was struck by a stray bullet.

Officials said they believe Ashford was struck by a falling bullet from celebratory gunfire shot from outside her neighborhood. She died at the scene.

In Philadelphia, three people were shot and killed in separate incidents, bringing the city’s homicide total to 356 for the year.

Leading up to the new year, police departments across the country reminded people about the dangers of celebratory gunfire on social media.

“Celebratory gunfire has killed & hurt children in our city, damaged roofs & vehicles & is so stupid & unnecessary we’re not even going to get into the physics of stuff that goes up also comes down," the police department tweeted on Monday.

In Los Angeles, the problem is so prevalent that the police department launched a Citywide Gunfire Reduction Campaign, designed to help reduce incidents of aimless gunfire “that have become a deadly New Year’s tradition in our city.”

Authorities say those who celebrate with gunfire often don’t realize the danger posed by their actions.

“I think a lot of people discount the severity of it, or the danger of it,” Becchina told the Kansas City Star. “They think, ‘Oh, it’s like fireworks. It’s a loud bang.’ So they minimize the potential impact of it.”