Worries over Apple AirTag being used to stalk people

It is supposed to be used to find items that get lost easily, like keys or a wallet, but a viral video has pointed out how the new technology can be used maliciously, sparking concern.

ATLANTA - The Apple AirTag is a device that's meant to help you keep track of things like your keys and wallet, but it could pose a threat in the wrong hands.

A recent viral video showed a woman who allegedly found an AirTag attached to her car without her knowledge.

The AirTag is essentially a small GPS device to help you locate things that can easily be lost.

"It sends the location data for that little tag back to your iPhone. And it does that completely encrypted and that's cool because apple can't even see the location data," Dr. Saltaformaggio
said.

However, he says like any technology, it can be used in the wrong way.

"These AirTags are getting used to track other people and that's a big problem," Dr. Saltaformaggio said.

There are social media posts raising concerns, from people who were alerted that an AirTag that isn't theirs was moving with them. 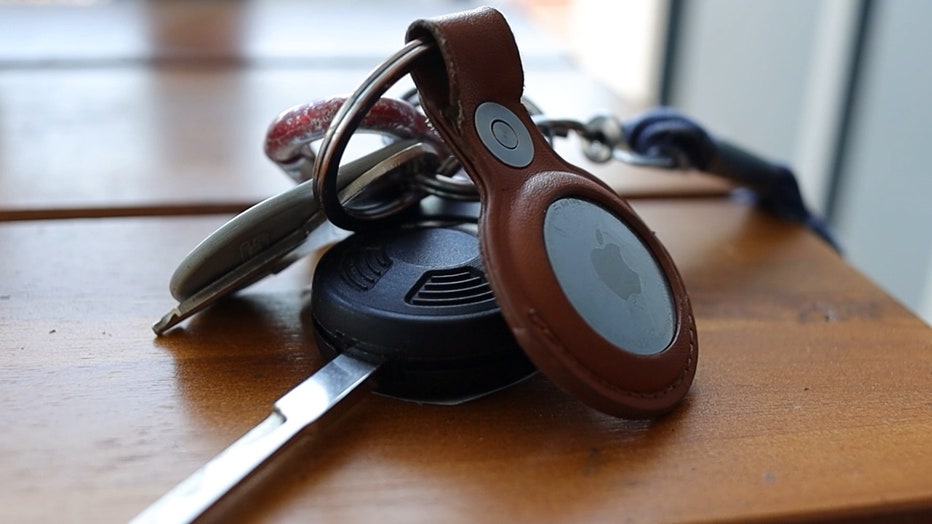 In one instance, an officer found an AirTag placed near a gas tank of a car.

One woman who asked not to be named says she got an alert on her phone saying an AirTag moved with her from the store back to her home.

"I went out with my siblings. I searched the car. We took everything out. We emptied purses. We emptied the car out. We looked underneath, behind the license plate, in the gas tank but we couldn't find anything," she said.

"The tag knows if it's following someone other than the owner of the tag. The tag can either make a noise," he said. "Or if you have a newer iPhone, it can send a message to your iPhone and alert you that the tag is nearby."

He points out, it can be hard to hear the noise and those with older iPhones or androids won't receive alerts.

"People should always be in control of their location data. When I download a new app, I have to approve that the app can use my location data. That's how it always should be and these AirTags break that trust."

If you're in a crowded area, it's possible you're being alerted to an AirTag that happens to be nearby.

But, you do see an AirTag moving with you, try looking for it and alert law enforcement.

If you do find an AirTag tag that isn't yours, you can use your smartphone to find out more information about it and potentially who owns it.

You can also learn how to disable it on the Apple website.