Fat Cap BBQ closed its doors after the owner suffered a health setback due to COVID-19, but customers are stepping in to help ease the restaurant's financial burden.

DACULA, Ga. - A metro Atlanta restaurant is forced to shut down after one of its owners suffered a tough battle with COVID-19.

The popular Dacula restaurant has been closed for several weeks now, and the owners said it’s their only source of income.

Fat Cap BBQ owner LeeAnne Robb said COVID and this temporary closer has been a strain on her, and her husband Steve. However, customers are hoping to ease their burden said this is a community that stands behind each other.

"It's the best brisket I've ever had," customer Becky Turner said.

Typically, on a Thursday, sounds of casual conversation, pots and pans being moved, and someone smoking barbecue would fill the restaurant.

'Every table is full and there's a line," Robb explained.

"To hear it this quiet is almost eerie, you know," Robb explained.

The popular Gwinnett County restaurant has been closed for more than a month now.

LeeAnne talked about Steve's battle which put him in the hospital twice.

"He started saying, you know, 'help me, help me. I think I'm dying,'" she described.

He was released from the hospital this week, but the journey ahead will be hard.

"He has only a third capacity of lung in his right lung. The COVID pneumonia damaged it. The doctor said he had pretty extensive damage. He has fibrosis now," she said. 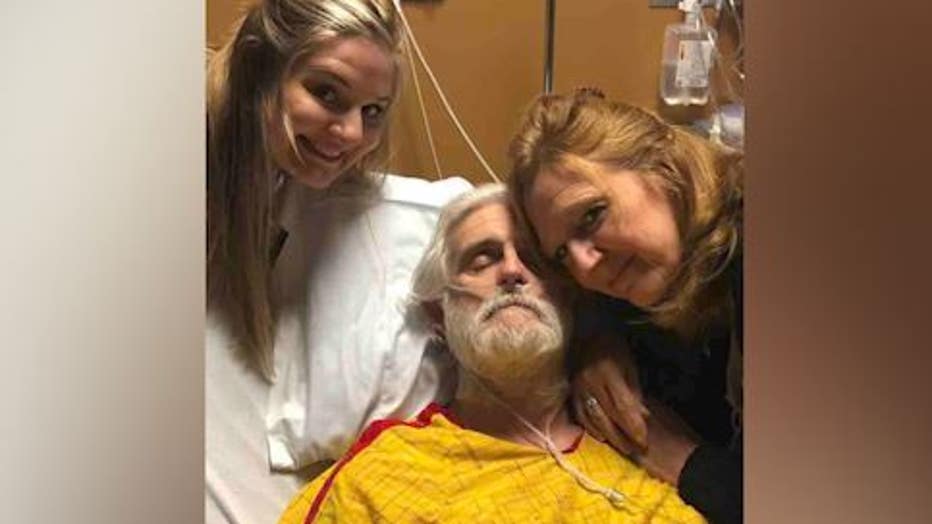 With their pit master unable to work, LeeAnne said they made the painful decision to temporarily close the Dacula restaurant.

"You can't give someone instructions really on how to smoke meat unless you've done it, experienced it. It's all by sight and touch for him," LeeAnne explained.

As hospital bills start piling up, she said the closure has put a huge financial and mental strain on the couple.

"This was our source of income. We both left our job to do this. This was our dream," she said.

Now, she hopes to raise thousands of dollars to help cover their lost revenue and medical expenses.

"When your pitmaster is down, a barbecue place down and soI knew they would need some help," Turner said.

While LeeAnne isn't exactly sure when she's optimistic that the bustling sounds within these walls will come rise again.

"That's Steve's goal, to get well and we'll be back," she proclaimed.