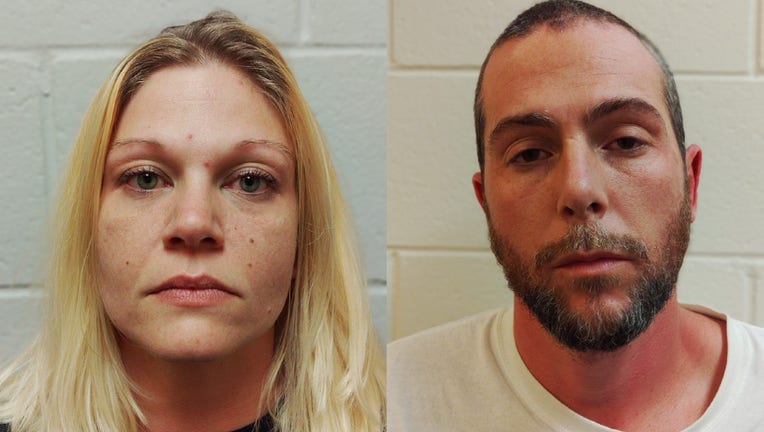 LOCUST GROVE, Ga, - Deputies have arrested two people accused of being involved in a fight at a Locust Grove McDonald's in November that went viral online.

Officials say the incident happened on the night of Nov. 23 at the McDonald's on the 4800 block of Bill Gardner Parkway in Locust Grove.

According to investigators, Marshall Wallace and Crystal Wallace were told they would have to go inside the fast food restaurant to get a packet of Splenda.

In videos posted to TikTok and Twitter, a couple is seen screaming at employees and banging on the drive-thru window. The video then transitions to inside the McDonald's, where a man is seen picking up a chair and throwing it - allegedly hitting a manager in the leg.

Officials say the incident escalated inside when Crystal allegedly threw a drink and tried to hit an employee.

In a statement, Henry County Sheriff Reginald B. Scandrett said the video "brought national embarrassment to the people of our great county."

The couple was arrested on Tuesday at a traffic stop in Walton County.

Both remain in custody at the Henry County Jail.