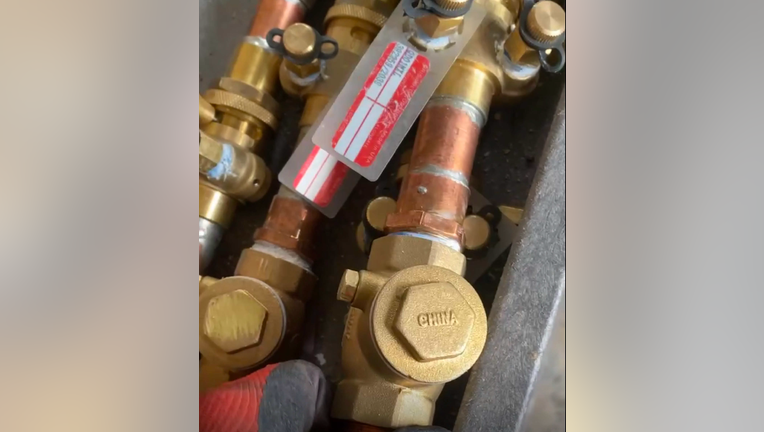 Photo taken by former Booth Plumbing worker shows Chinese-made check valves. The word "China" has been ground off the valve on the left. (Photo by South Central Pipe Trades Association)

COLUMBUS, Ga. - The U.S. Army Corps of Engineers in Savannah is investigating allegations a Georgia plumbing company improperly used Chinese-made parts on a military construction project and then tried to hide the evidence.

The FOX 5 I-Team obtained photos and videos recorded by a former employee who filed an official complaint.

"I seen foreign materials the first day I got there," said Kam Wright, 21, of Montgomery, Alabama.

The U.S. Army Corps of Engineers in Savannah is investigating allegations a Georgia plumbing company improperly used Chinese-made parts on a military construction project and then tried to hide the evidence.

The overall contract included a Buy American Act clause. Contrary to the name, foreign parts can still be used on a BAA project, but they have to come from a country that has a US trade agreement.

Remember those check valves. They’re important to this story. 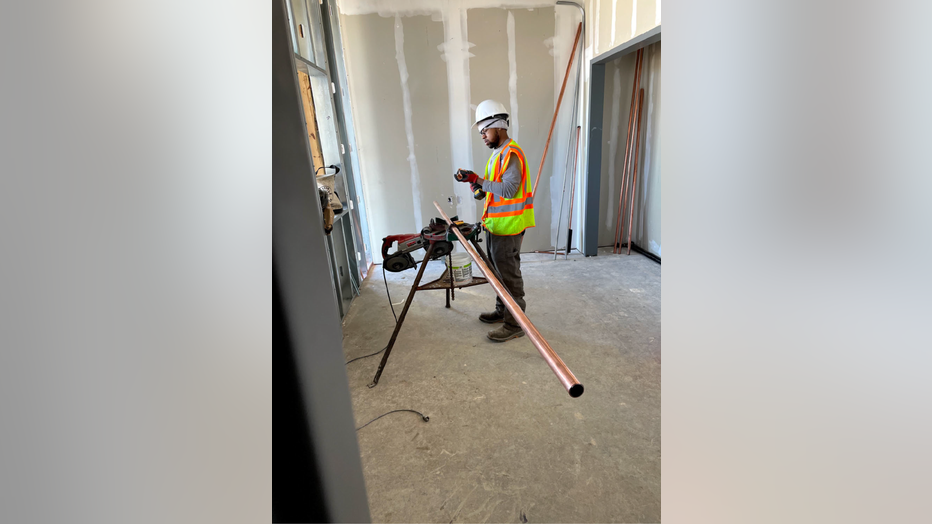 Wright was also working undercover for the South Central Pipe Trades Association. They wanted to know whether Booth Plumbing was paying its people the correct wage for the work they were actually doing.

But then Wright saw all those Chinese parts.

"We didn’t go into it thinking anything about foreign and domestic material," admitted Ryan Albin, lead organizer for the South Central Pipe Trades. "I’m just glad that we went through with this and found this out."

Under the Buy American Act, the only way Booth could use those Chinese parts on the job at Fort Benning is if they were granted a waiver. But a spokesman for the Corps of Engineers told the FOX 5 I-Team Booth requested no waivers for any of those parts. Not one.

"We want to investigate this," said Corps spokesman Billy Birdwell. "We want to make sure that our contracts are fully followed." 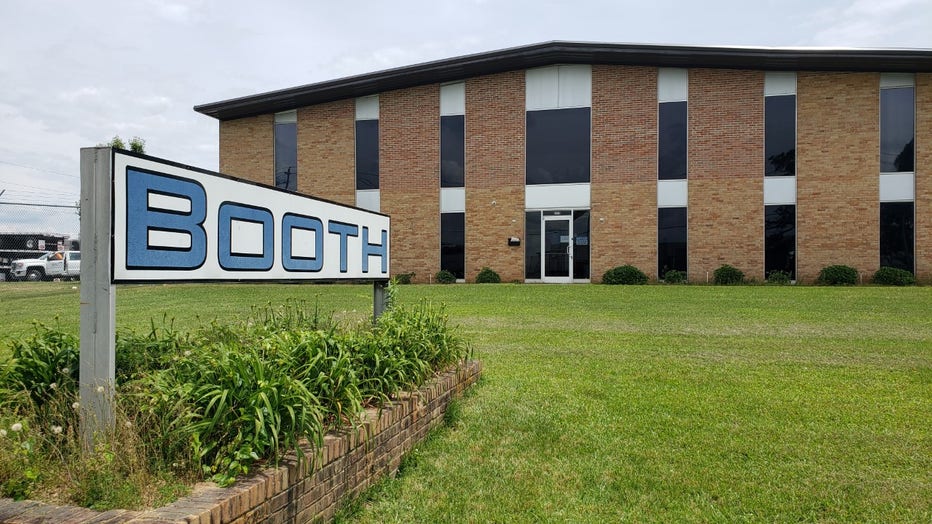 The Army Corps of Engineers says Booth Plumbing did not request a waiver to use Chinese parts on the Fort Benning project. The family-run company has worked on several other military job sites before this one.

In their complaint to the Corps, the union not only accused Booth of using Chinese parts but also trying to hide the evidence.

They say Wright was instructed to "grind or cut off the labels of any materials used that listed something other than Made in the U.S.A."

Wright recorded video of those Chinese-made check valves with the pre-stamped word "CHINA" missing from some.

Wright told us he saw his supervisor grinding off the word "CHINA," with another employee explaining why.

"He said hey ‘Kam — if you see anything with a China symbol on it you know, grind it off because we’re not supposed to be using those,’" Wright remembered.

For the Corps, that allegation is the most troubling. 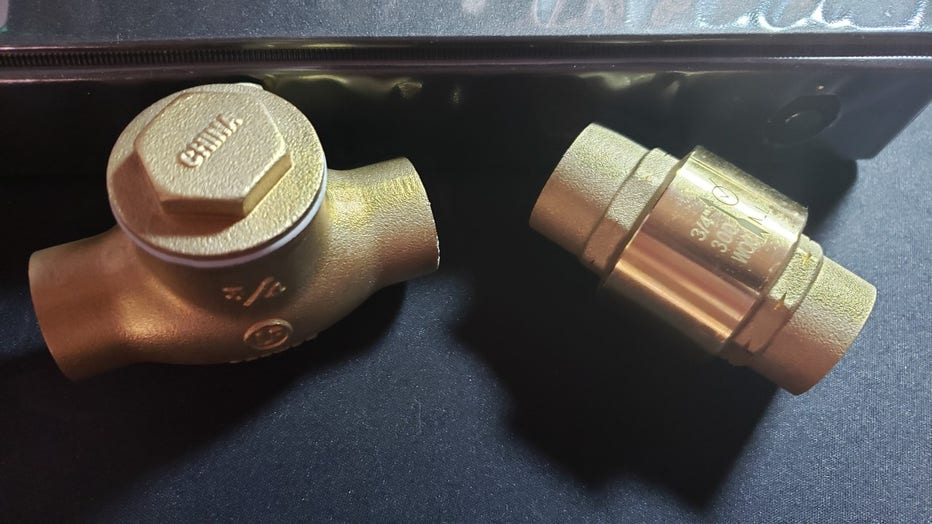 The FOX 5 I-Team compared prices of the Chinese-made check valve used on the Fort Benning project and a similar one that would be allowed under the Buy American Act. The Chinese version cost 28 cents less.

How much money could be saved? We can’t say for sure without the specs for the job, but we bought the same Chinese check valve for $13.71. A similar valve made in Italy and allowed under the Buy American Act cost us $13.99.

The Chinese one saves you 28 cents.

The FOX 5 I-Team repeatedly tried to get answers from Booth Plumbing, including a visit to their Columbus office.

We got no response to our questions.

On their website, the family-run company says it’s done lots of work at Fort Benning over the years.

If the Corps finds Booth violated the Buy American Act, the union is asking they be banned from military construction work for three years.

"It’s not hard to do it the right way," said Albin. "I don’t think they should ever work at Ft. Benning."

The Corps said the immediate answer could be ordering Booth to rip out those Chinese parts at their expense and replace them before the military gives the contractor any additional American money.

As for their original mission — to see whether Booth was properly paying its workers — the union claims Wright and two other employees they sent in were classified at a lower pay rate than for the work they actually did.

They’ve included those allegations in their complaint to the Corps as well.