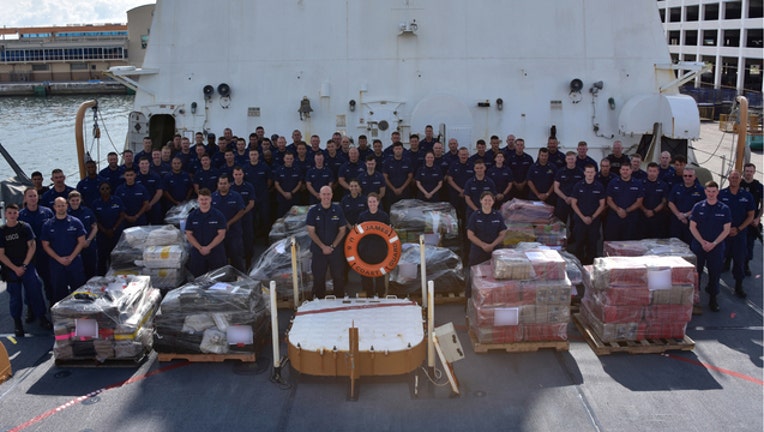 The crew of the Coast Guard Cutter James takes a moment for a group photo before offloading in Port Everglades Thursday, May 10, 2018 approximately 6 tons of cocaine worth an estimated $180 million.

MIAMI, Fla. - The Coast Guard has unloaded six tons (5,400 kilograms) of cocaine in Florida following several seizures of the drug at sea.

Coast Guard officials said Thursday in a news release the drugs are worth an estimated $179 million. The cocaine was seized in six separate interceptions of smuggling vessels off the Pacific coasts of Central and South America and Mexico.

Officials say the Coast Guard has increased its presence in known drug transit zones of the Easter Pacific Ocean and Caribbean Sean.