Aviation photographer Ryan Patterson talks with FOX Television Stations about how we captured the striking difference between air travel in 2020 and 2021.

A Chicago teacher who was on a plane to Iceland last week for a European vacation said she quarantined in a bathroom for four hours after finding out—mid-flight—that she had COVID-19, according to reports.

Marisa Fotieo told 13 On Your Side that her ordeal started somewhere over the Atlantic when she developed a sore throat. She said she packed a few rapid tests and took one in the plane’s restroom. She found out she had the virus within seconds.

She said she informed a quick-thinking flight attendant, who determined that there were not enough empty seats on the aircraft to properly isolate her. Fotieo told the station that she was concerned about the welfare of the other passengers, so offered to "just stay in the bathroom for the rest of the flight." 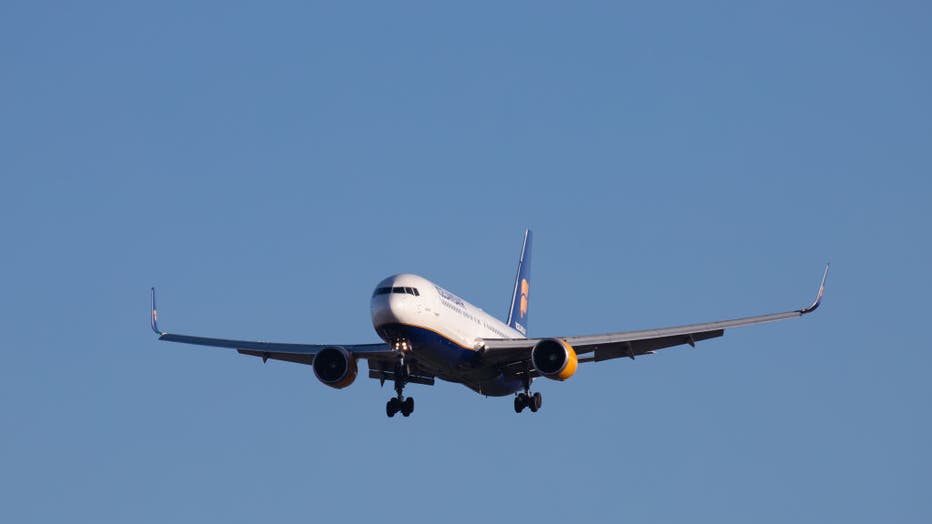 Her post on TikTok was viewed more than three million times.

NBC News reported that Fotieo’s father and brother—who were both on the plane—tested negative upon arrival and continued on to Switzerland. Fotieo stayed back in Reyjavik, where she is quarantining for 10 days.

She praised Icelandair and the flight attendant who helped her during the flight. She said she has been comfortable in the Red Cross Humanitarian Hotel that she has been staying and plans to leave in a few days.