The Georgia Bureau of Investigation is investigating an incident where they say a 13-year-old girl shot her father in front of a deputy and the deputy opened fire at the teen. The father was said by officials to have called law enforcement about a custody transfer for a three-year-old boy in the home at a Fayette County neighborhood. Reports say that the father is in stable condition and the daughter is being treated for non-life threatening injuries.

FAYETTEVILLE, Ga. - A 13-year-old girl was shot by Fayette County deputies on Wednesday evening after opening fire on a man during a custody dispute call, investigators said.

Vincent Emanuel Frasca, 38, of Marietta, called deputies around 8:44 p.m. to report a custody exchange dispute involving a 3-year-old at a home along Carnoustie Way.

Deputies met with Frasca at the entrance of the gated community and followed him to the home. He parked at the end of the driveway and then stood at the bottom of the front porch steps, deputies said. That is when a 13-year-old girl came out of the home with a handgun and fired several shots at Frasca, deputies said. He was hit at least once. 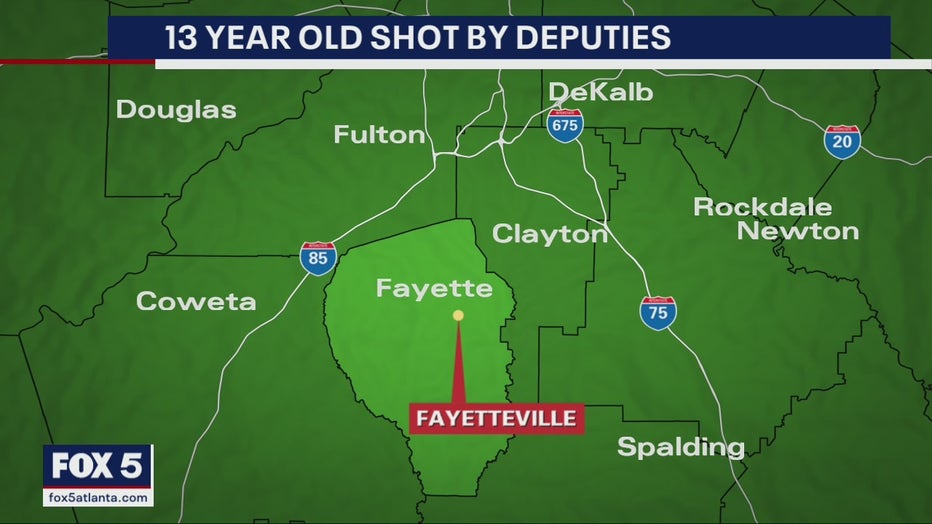 Deputies returned fire multiple times, striking the girl, investigators said. She was rushed to Children’s Healthcare of Atlanta at Egleston to be treated for non-life-threatening injuries.

Frasca was rushed to Grady Memorial Hospital in stable condition.

It was not clear how the young teen was able to access the handgun or if she will face charges. Her reasoning for opening fire on Frasca was not released.

The GBI was asked to conduct an independent investigation into the deputy’s use of force. The results of that investigation will be turned over to the Griffin Judicial Circuit District Attorney’s office for review.