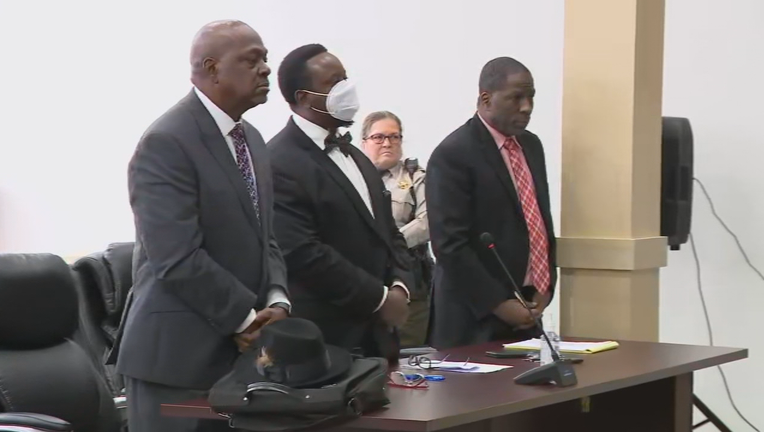 Robert Lewis Henderson Jr. stands flanked by his attorneys as a Butts County judge reads his sentence on Dec. 8, 2021. (FOX 5)

ATLANTA - A Butts County judge sentenced one of the two men involved in the death of a 27-year-old man at Waffle House after a racial slur was used.

Robert Lewis Henderson Jr. was convicted of voluntary manslaughter and aggravated assault in connection to the death of Nicholas Phinazee Bryan, of Milner in 2019.

Bryan was killed at the Waffle House located at 3201 Highway 36 West in Jackson during the early morning hours of Nov. 1, 2019. The incident was caught on camera.

According to the Georgia Bureau of Investigation, Bryan had come into the restaurant on the evening of Halloween. At some point, investigators said he used racial slurs towards Henderson and a second man, Antonio DeMarty Evans.

MEN CHARGED IN CONNECTION WITH FATAL SHOOTING OUTSIDE OF WAFFLE HOUSE 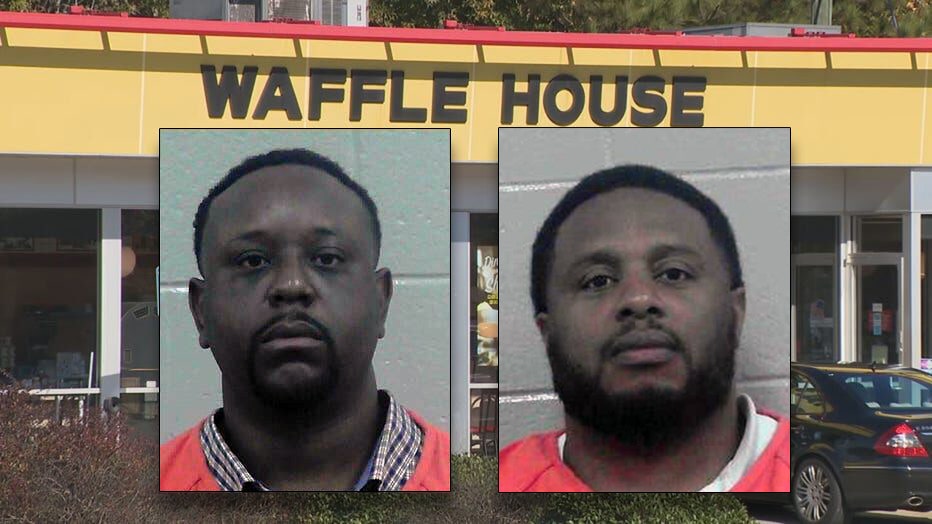 The GBI said Bryan and Evans then had a "physical altercation" when Henderson, who was a reserve deputy, fired one shot and struck Bryan. Medics rushed Bryan to Monroe County Hospital in Forsyth, where he died.

During Wednesday’s sentencing, Henderson told the court that he had never been spoken to that way before.

"I thought I was protecting me and my family, but the jury felt otherwise, and I accepted that judgment," Henderson told the judge adding that he also learned about the totality of his actions and that actions have deeper consequences.

Family members also were allowed to testify during the sentencing hearing.

Prosecutors acknowledged Bryan’s role in the escalation of events but said the outcome was greater than the threat.

Henderson was sentenced to 12 years in prison and eight years of probation. He was also ordered to have no contact with Bryan’s family and had to surrender any law enforcement badges from his reserve duty.