DEKALB COUNTY, Ga. (FOX 5 Atlanta) - The DeKalb County School District has promised a full investigation after a 6-year-old girl was found wandering around a busy DeKalb County roadway. The Flat Shoals Elementary student fell asleep on her school bus and woke up alone in the McDonald’s parking lot.

Mitchell can't believe her granddaughter wound up on a busy DeKalb County road after she put her on the school bus Monday morning.

" I was devastated," she said. "She could've been killed or kidnapped."

Mitchell says the Flat Shoals Elementary school student wound up there because the child's driver didn't check the bus.

Mitchell says a school official told her Khloe's school bus driver drove to McDonald's on Flat Shoals Road after dropping students off at Flat Shoals Elementary School. Her granddaughter didn't get off the bus at school.

The bus driver didn't realize Khloe, who had fallen asleep on the drive to school, was still onboard. The girl woke up alone on the parked bus. She got off and started walking along the busy roadway, trying to make her way to school. The child's teacher called with the startling news.

"She called and she asked 'How did she get to school?' and I told her 'On the school bus. I placed her on the school bus myself,'" Mitchell said.  "And she said 'I'm sorry somebody just walked her into the school.'"

A Flat Shoals Elementary School teacher driving to school intervened when she spotted the little girl along busy Candler Road.

"She found her wandering around on Candler Road by Bank of America and Title Max across from South DeKalb Mall," Mitchell said.

"The employee responsible has been removed from duty while a full investigation is completed," a DeKalb County Schools spokesman told FOX 5 News. "The district will strongly reemphasize to our drivers our expectations for student safety, as well as the penalties for failing to meet that standard." 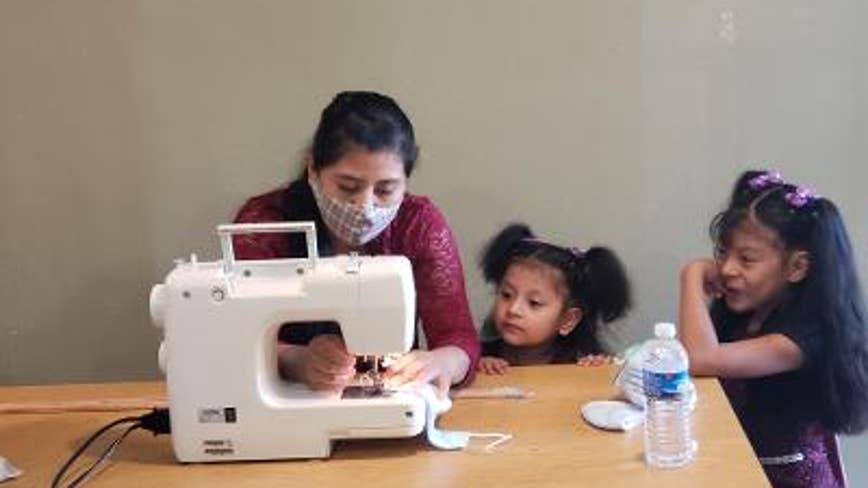