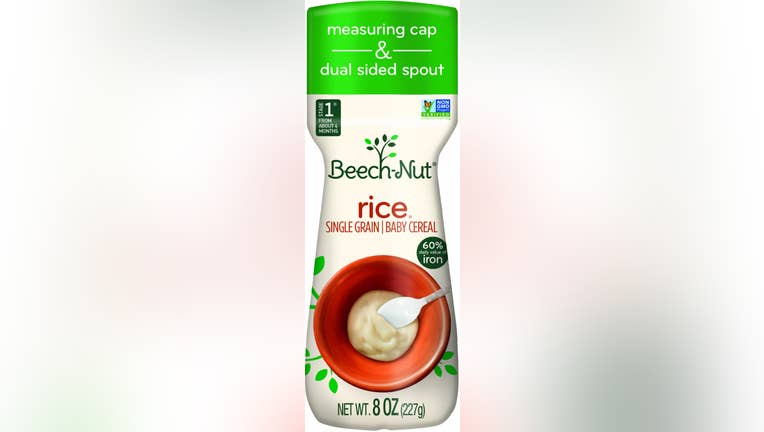 The company said Alaskan state officials tested a sample and found that levels of "naturally occurring, inorganic arsenic" were above the FDA’s limit set in August 2020. However, company officials also noted that the rice flour was previously tested and the levels were below the FDA’s limit.

Beech-Nut said no related illnesses have been reported, and the recall doesn’t impact any other products.

The FDA added the company decided " to exit the market for Beech-Nut branded Single Grain Rice Cereal" out of concern it can’t obtain rice flour that has arsenic levels below the FDA standard.

"The safety of infants and children is Beech-Nut's top priority. We are issuing this voluntary recall, because we learned through routine sampling by the State of Alaska that a limited quantity of Beech-Nut Single Grain Rice Cereal products had levels of naturally-occurring inorganic arsenic above the FDA guidance level, even though the rice flour used to produce these products tested below the FDA guidance level for inorganic arsenic," Vice President for Food Safety and Quality Jason Jacobs said in a statement.

The FDA said it recognizes that trace levels of arsenic are widely present in the environment, including water, soil and food.

However, the agency said that exposure to elevated levels of naturally occurring inorganic arsenic can pose a health hazard to young children.

A study published in the National Library of Medicine found that even low levels of arsenic could affect a baby’s development in utero.