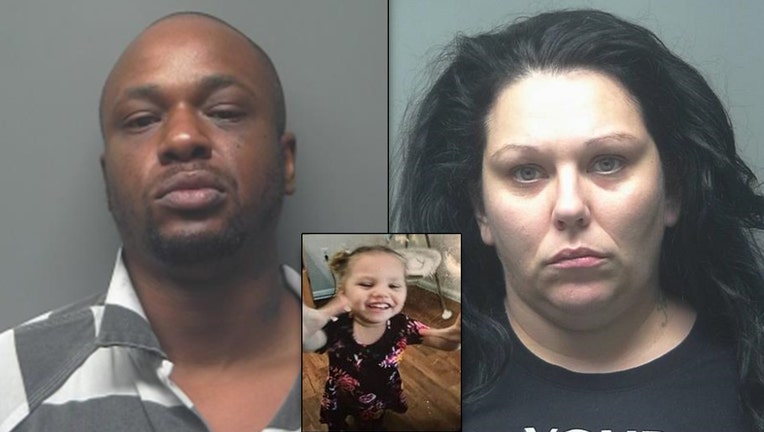 PHENIX CITY, Ala - Alabama law enforcement officials claim a Georgia woman charged in her 5-year-old daughter’s death had accepted payment to let a man have sex with the child.

An arrest warrant included in court records claim Kristy Siple agreed to accept payment from someone "for having sexual intercourse and sodomy with her minor child." Authorities arrested Siple this week and charged her with murder and human trafficking in connection with the death of her daughter.

It was not clear from court records if she has an attorney who could speak on her behalf.

The body of Kamarie Holland, 5, was discovered at an abandoned house in Phenix City, Alabama, earlier this month after she had been reported missing in Georgia by Siple.

In a tearful interview with WTVM-TV before her arrest, Siple, who also goes by the last name Hoskins, said she had nothing to do with her daughter’s death and disappearance.

"I’m a mommy. I did not have nothing to do with this," Hoskins told the station. "She was my life. I lived for her daily. She was my only girl. I have 3 boys and her."

Jeremy Tremaine Williams, 37, is also charged with capital murder in the girl’s death.

Siple had told police that when she woke up at 5:50 a.m. on Dec. 13 that her daughter was gone and the front door of their Columbus, Georgia, home was open, Russell County Sheriff Heath Taylor said earlier this month. The girl’s body was found later that night at an abandoned home in Alabama, he said.

Taylor said that Williams once lived at the home where the girl’s body was found.