College students to sue city of Atlanta over arrests

Two college students caught on camera being pulled out of their vehicles during protests in Downtown Atlanta during the summer of 2020 said they plan to sue the city over their arrests.

ATLANTA - Two Atlanta college students who were pulled from a car in downtown Atlanta during the protests over the death of Georgia Floyd have filed a lawsuit against the city.

Taniyah Pilgrim, a student at Spelman College, and her boyfriend Messiah Young, a student at Morehouse College, were driving near the protests on May 30, 2020 when officers pulled them out of their vehicle.

A body-camera video released by police shows a group of officers shouting orders, smashing the driver’s side window, deploying stun guns and grabbing Pilgrim and Young. Throughout, the couple can be heard screaming and asking officers what is happening.

According to the attorneys for both students, Pilgrim was forced to the ground as they handcuffed her and then left for hours in a police van. Attorneys say Young was punched repeatedly and suffered a cut to his arm that required over a dozen stitches.

Speaking at a press conference Thursday, Young emotionally said that the videos of the arrest of him and other Black men across the country were a "constant reminder" of the night.

The Atlanta students who were pulled from a car during the George Floyd protests hold a press conference on June 17, 2021, about a new lawsuit filed against the city.

"A huge part of my life was diminished and … trying to move forward from this point is very very irritating and very very triggering," he said. "You would think there would be some kind of reform and change at this point. Every day I'm reminded of something from that night."

"There seems to be a neverending cycle of these," Young continued before becoming emotional.

Calling the lawsuit an "accountability action" attorney Harold Spence claimed that there was never any basis for the police to use "excessive force" and physically seize the students or their vehicle.

Spence claimed that the action against Young and Pilgrim happened because Young was filing an Atlanta police officer's "mistreatment of another citizen" saying that Young's arrest was "retaliation."

The lawsuit names the city and Bottoms because attorneys argue the mayor's executive order declaring a curfew, which put into place hours before the incident, was "overbroad and Constitutionally unenforceable."

The attorney's also claimed that the Atlanta Police Department had not done enough to stop actions like those that happened to the students from happening.

"No officer intervened that night. In fact, they became part of the maniacal feeding frenzy," Spence said.

Six Atlanta police officers have been charged in connection with the incident. Two officers, Ivory Streeter and Mark Gardner, were fired during a Zoom call the next day with the mayor, former Atlanta Police Chief Erika Shields, and the city lawyer. 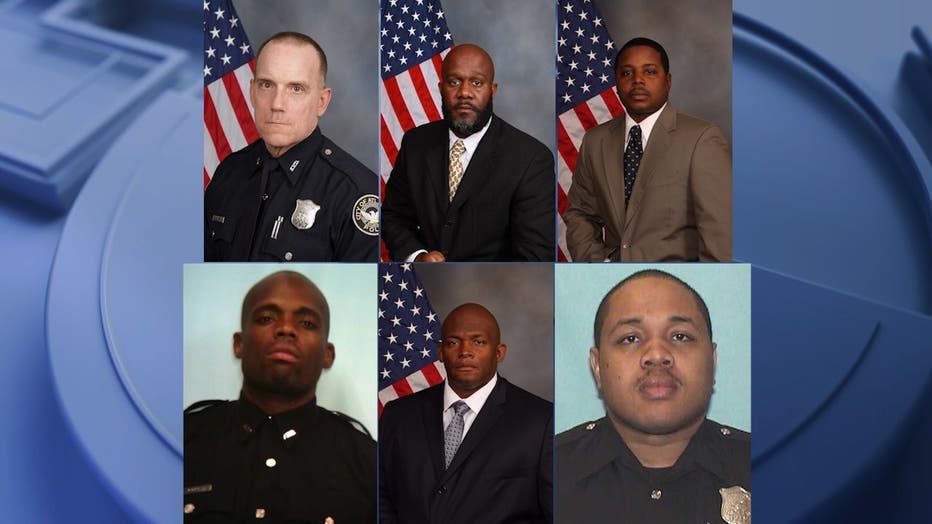 "There clearly was an excessive use of force. We understand that our officers are working very long hours under an enormous amount of stress, but we also understand that the use of excessive force is never acceptable," Bottoms said.

However, in February, the City of Atlanta Civil Service Board reversed the terminations, saying it found numerous violations of city policies and ordinances that led to a violation of the two officers' due process rights.

The board found several steps were missing despite COVID-19 protocols being put into place. Among those steps were giving written notice with a "sufficient written description" of the incident and suspension prior to termination to allow for the officers to respond.