The Atlanta Police Department's HOPE team's goal is to reduce the number of people in camps across the city. The unit says it can be a difficult task, especially during the summer months.

They connect individuals with organizations that can help them with long-term housing, mental health issues and medication. The unit also works to reconnect people with their families.

"Being homeless in itself isn't a crime and we as a department understand that," said Officer Joshua Walker. "So we want to be able to provide care and need to our community, with our unsheltered population being a part of the city of Atlanta."

United Way estimates more than 5,000 people are in shelters or on the street on any given night in the Atlanta area.

The struggles due to COVID-19 have only exacerbated the problem.

Officers with the unit say it takes time to establish trust with individuals. 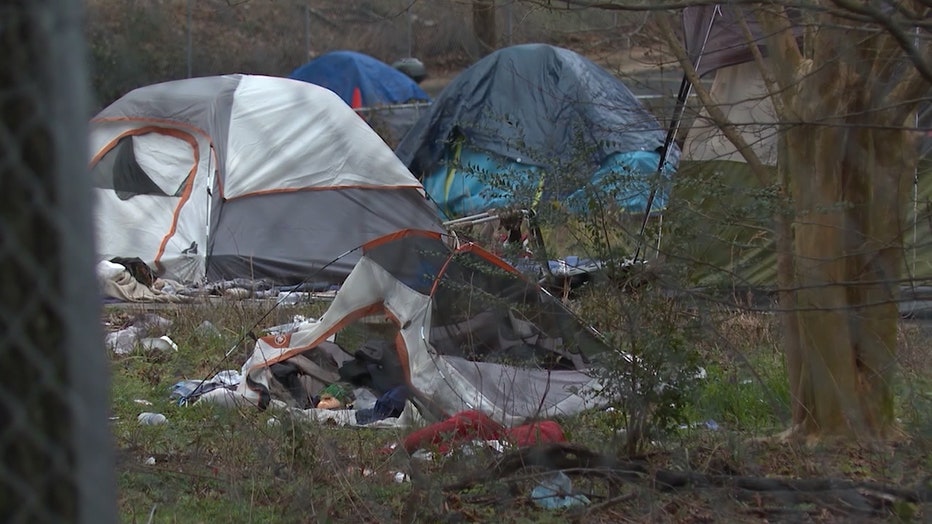 "Some look at us and say they're just police officers, but once we continue to visit and continue to engage, they see that we're not there to make arrests because we're not trying to criminalize homelessness," Walker said.

It's work that requires patience and trust, and finding the right help for each specific person can often feel like a daunting task.

"One of the biggest struggles that we have is just basically being able to get them placed in housing. There is a lot of red tape that we have to go through," said Officer Juan Edgar. "A lot of places that different stipulations. Just getting them placed in the different programs and housing themselves is difficult because each individual is unique and they have their own unique circumstances. So we have to make sure to place them in the right setting so that they can prosper and not falter back and fall behind the scenes."

Officers Walker and Edgar said they understand the kindness of people in the community who want to help out the homeless population, but they say it's important to help out in the right way.

"Yes, it might make you feel good to deliver a pan of food or plates of food to a homeless encampment but it creates other issues outside of that. Because of course people eat, they have to use the restroom and there are not enough trash receptacles. So we try to encourage people to partner with a local organization so we can continue to have those wrap-around services," Walker said.

The unit is also trained on crisis intervention, so they're available to help during calls involving someone with a mental health issue.

You can find more information about the HOPE team on their Twitter.