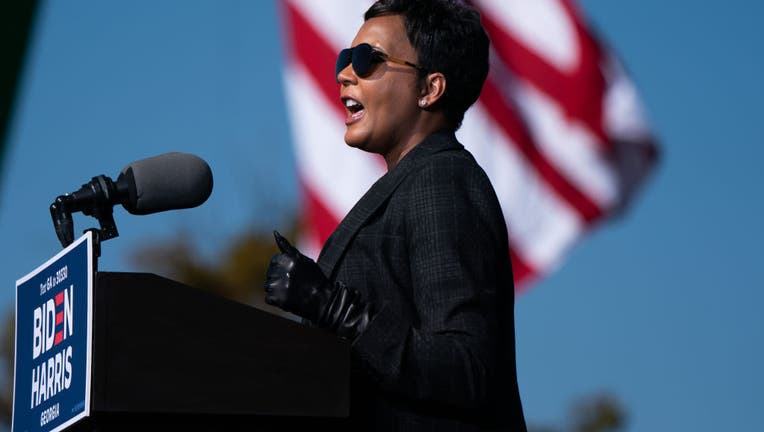 Atlanta Mayor Keisha Lance Bottoms speaks at a Get Out the Vote rally with former US President Barack Obama. (ELIJAH NOUVELAGE/AFP via Getty Images)

Bottoms, one of the state’s most influential Democrats, had previously been under consideration to become Biden’s vice presidential nominee.

“Mayor Keisha Lance Bottoms was honored to have been offered a role in the Cabinet, which she respectfully declined,” a Bottoms spokesperson said in a statement.

The statement did not say what Cabinet position she had been offered.

“The Mayor’s focus remains on the people of Atlanta and the great state of Georgia,” the statement said. “Out of respect for the process, and the other candidates under consideration, no additional comment will be forthcoming on this matter at this time.”

The statement also rejected speculation that Bottoms had turned down a chance to be an ambassador.

“She was never offered an ambassadorship,” the statement said.

Bottoms made national news earlier this year as she clashed with Republican Gov. Brian Kemp over whether she had the authority to mandate that masks be worn in Georgia’s largest city. Bottoms, a Black woman, was also widely praised in late May for her passionate and deeply personal plea for demonstrators in downtown Atlanta to go home after protests over racial injustice turned violent.