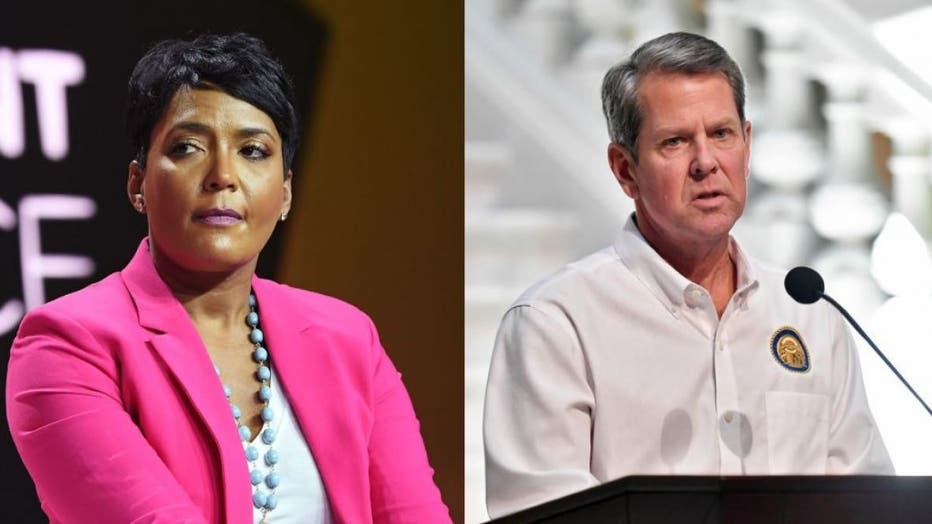 Mayor Bottoms did agree to a concession regarding Atlanta's Phase One roll-back plan, which involved the closing of businesses and a shelter in place order.

The Governor's office said Kemp plans to issue a new executive order in the coming days with new language that will address "the rights of private property owners in Georgia."

In a statement sent to FOX 5, Governor Kemp said:

"I sued the City of Atlanta to immediately stop the shuttering of local businesses and protect local workers from economic instability. For weeks, we have worked in good faith with Mayor Bottoms, and she agreed to abandon the city’s Phase One roll-back plan, which included business closures and a shelter in place order.

"Unfortunately, the Mayor has made it clear that she will not agree to a settlement that safeguards the rights of private property owners in Georgia. Given this stalemate in negotiations, we will address this very issue in the next Executive Order. We will continue to protect the lives and livelihoods of all Georgians.”

Bottoms and Kemp have been fighting over Atlanta's mask mandate since it was signed on Wednesday, July 8.

The governor and Georgia Attorney General Chris Carr, filed suit in state court in Atlanta, arguing that Bottoms has overstepped her authority and must obey Kemp’s executive orders under state law.

The state released the full 124-page lawsuit filed in the Superior Court of Fulton County. It names the mayor along with the members of the Atlanta City Council.

The lawsuit reads in part:

"In NO uncertain terms have I or the City abandoned ANY part of our roll back to Phase 1. The advisory recommendations have always been voluntary. The intentional misrepresentation of this fact is shameful."