A Georgia high school football player is in the ICU after suffering a head injury during a game.

ATLANTA - A Pace Academy football player is in intensive care after a serious injury on the football field during a game on Friday, Sept. 25.

Jordan Sloan, a sophomore, suffered a head injury during the game against Westminster.

It's news that came as a shock to Mbiti Williams, a friend and former teammate.

Jordan was a freshman when Williams was a senior at Pace Academy.

The two started out as teammates on the field but soon became friends off the field.

He says he was watching the game on Friday from Rhode Island and didn't even realize Jordan was hurt.

"I didn't even notice the play. After the game, my friend had told me. He said Jordan got sent to the hospital  I was like 'what are you talking about? I watched the entire game. There is no way,'" Williams said. 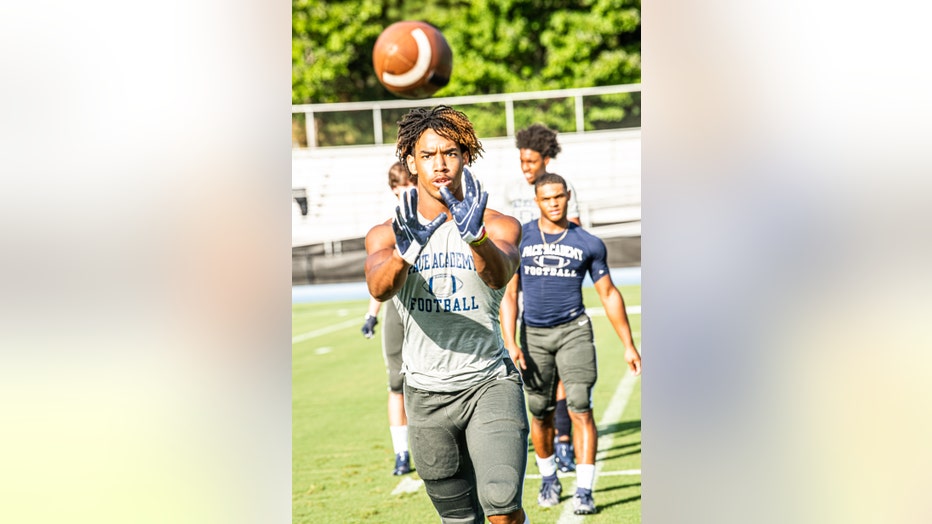 He says Jordan has a smile and sense of humor that can brighten anyone's day and he's a rising star on the field.

"He's a very hard worker. He asks all the right questions and he just wants to be the best player he can be," he said.

Teammates, school staff, and community members have taken to social media to show their support for the teen.

A spokesperson with Pace Academy sent FOX 5 this statement:

"Jordan Sloan, a sophomore at Pace Academy and a member of the varsity football team, sustained a traumatic brain injury during a game on Friday, September 25. He was taken from the game to Children’s Healthcare of Atlanta where he underwent surgery and remains in critical condition. We are grateful for the overwhelming show of love and concern for Jordan, his family and the Pace community. As a school, our focus is supporting Jordan and his family and caring for our students, faculty and staff. We ask that you continue to offer prayers for healing and recovery."

A family sent this statement through a family spokesperson:

"This is an extraordinarily difficult time for Jordan’s family and much is still unknown about his condition. The family is hoping and praying for the best case scenario and appreciates the outpouring of support from friends, family and the community."

Falcons quarterback Matt Ryan even extended his support to Sloan and the Pace Academy community on Thursday.

There is a fundraiser to help out Jordan and his family. You can find that here.