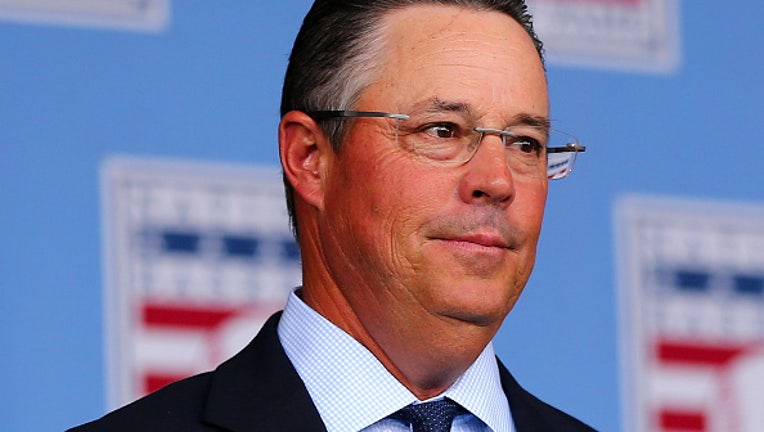 ATLANTA - Don't be surprised if the ceremonial first pitch prior to World Series Game 5 is an 86 mile-per-hour strike at the edge of the strike zone.

The Atlanta Braves announced Hall-of-Famer and four-time Cy Young Award winner Greg Maddux will throw out the first pitch for Game 5 of the World Series on Sunday night at Truist Park. Whether the Braves win or lose, the game is the last one at Truist Park in 2021.

Maddux won four consecutive Cy Young Awards, given annually to the American and National Leagues' best pitchers, from 1992 to 1995.

Maddux never led the league in strikeouts, though he led the league in innings multiple times during his 23-year Major League career. Maddux was known more for his ability to command the strike zone. He tallied the league's lowest earned run average each of his Cy Young seasons and once more in 1998.

He was inducted into the Baseball Hall of Fame in Cooperstown, New York, in 2014.

The Atlanta Braves lead the Houston Astros 3-1 in the World Series. A win would clinch the franchise's first championship since 1995.