As Atlanta celebrates the Braves' 2021 World Series victory, here's a look back at the parade after the team's 1995 World Series win.

ATLANTA - It's been 26 years since the Atlanta Braves had a championship parade, but Friday will end the long wait. On November 5, the Braves will once again hold a parade to celebrate a World Series Championship.

The Braves defeated the Astros during Game 6 in Houston to clinch the series win and bring the Commissioner's Trophy home to Truist Park. It's their first World Series win since 1995, which ironically was also won in Game 6. This time around the Braves will celebrate in Downtown Atlanta and in nearby Cobb County.

The parade will give a nod to the past, while celebrating the present. The procession will start not far from their former homes at Turner Field and the old Atlanta-Fulton County Stadium.

The team will be feted for about two miles along the city’s most famous thoroughfare, Peachtree Street, before being escorted to its current home in Cobb County to resume the parade for another mile.

The celebration will conclude with a concert featuring Atlanta rappers Ludacris and Big Boi at Truist Park, which opened in 2017 and is about 12 miles northwest of downtown Atlanta.

As the Braves and Atlanta prepare for another celebration, we take a look back at the past as the team held a parade in 1995. 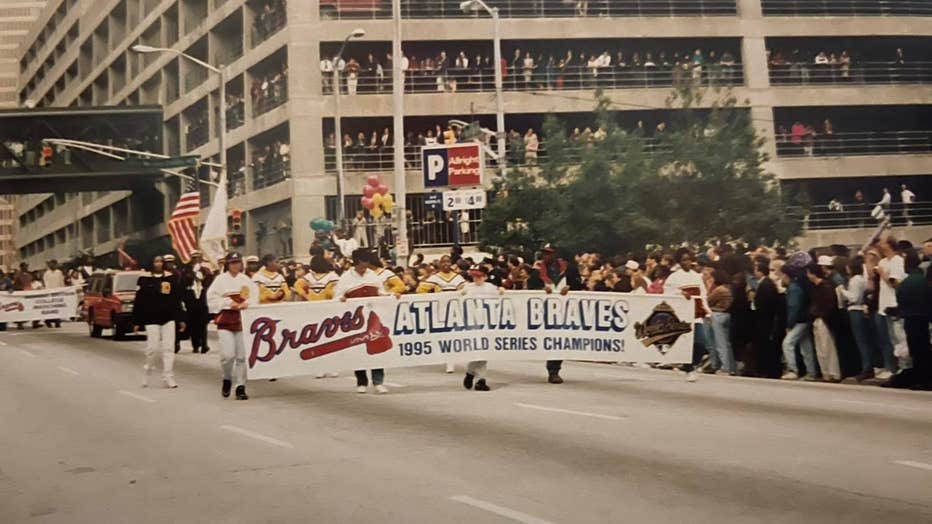 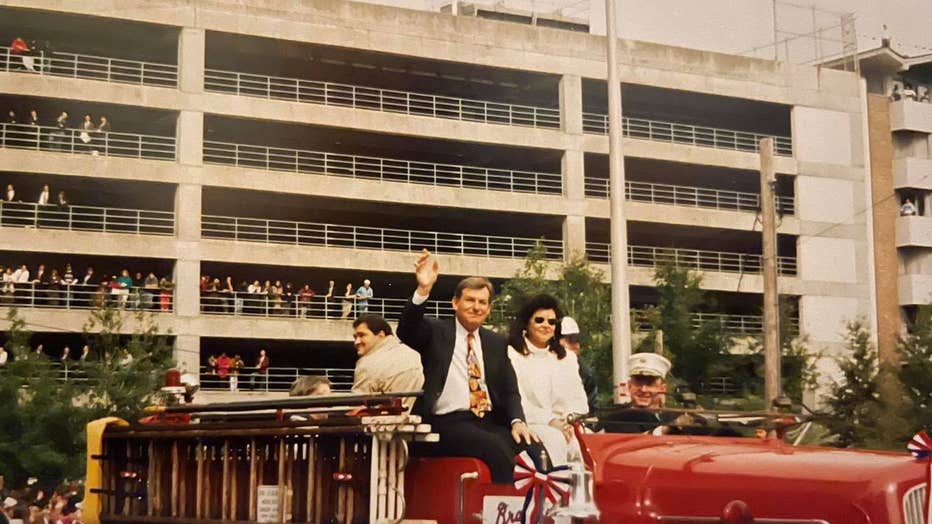 Bobby Cox, who managed the Braves during the 1995 season, waves at the crowd during the victory parade. (FOX 5's Buck Lanford)

Hall of Famer Bobby Cox managed the Braves from 1978-1981 and then again for two straight decades from 1990-2010. Cox is credited with guiding some of the best Braves' pitching staffs of all time. 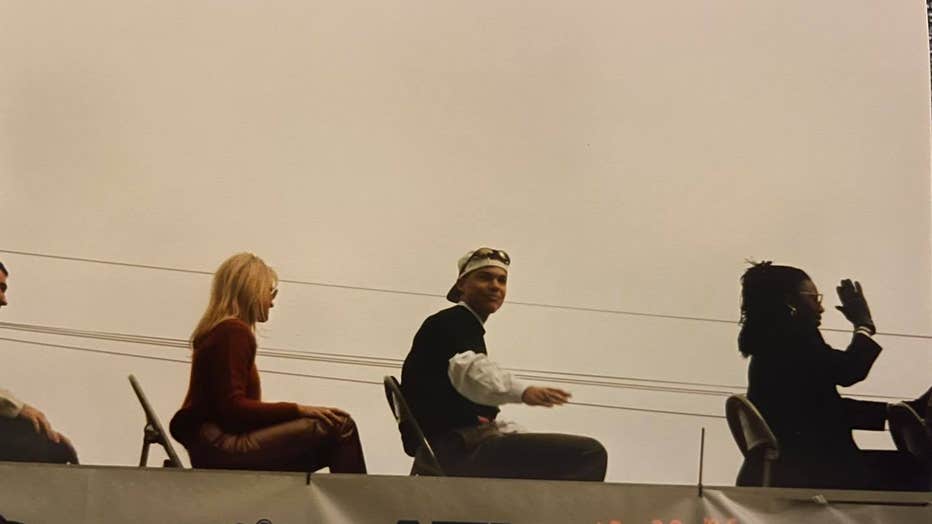 Jones rode atop of fire truck and waved to the fans during the parade. He still remains a fan favorite, and supported the Braves during the 2021 World Series run. 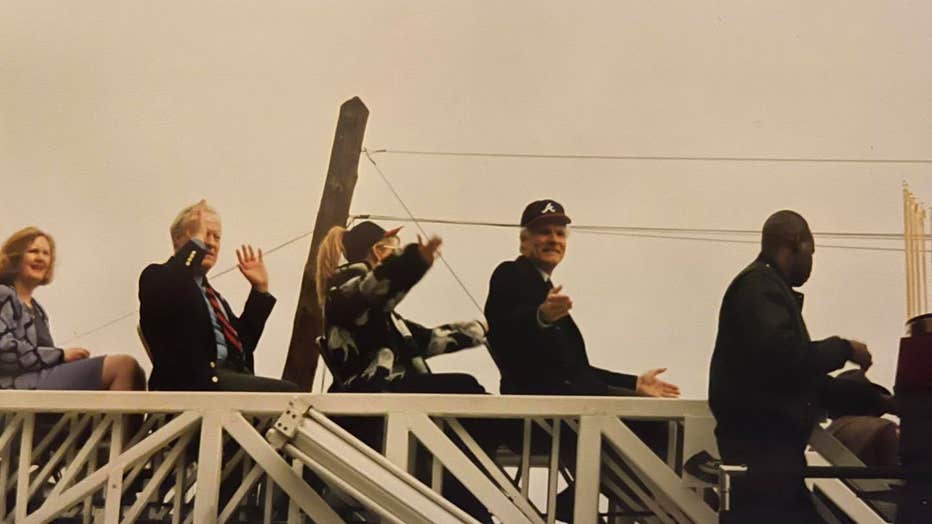 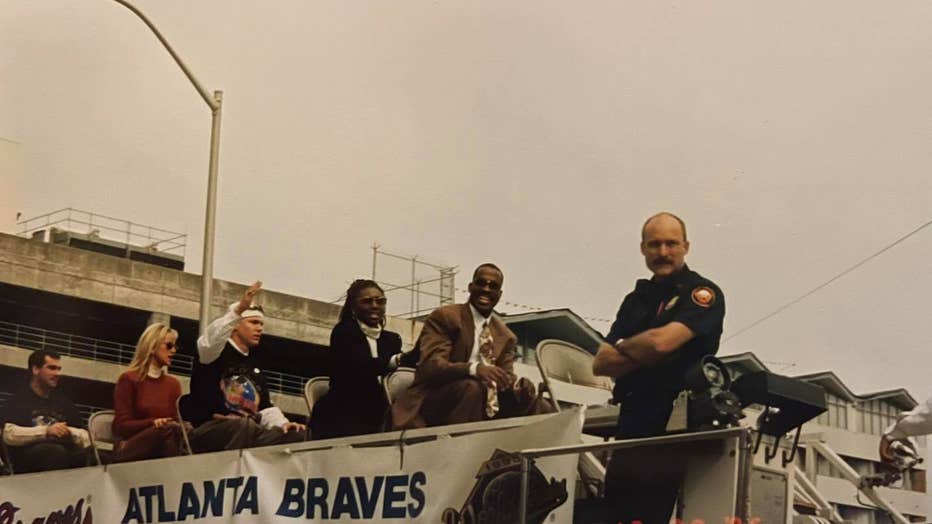 Several Braves' infield players smiled and waved as they participated in the 1995 championship parade. 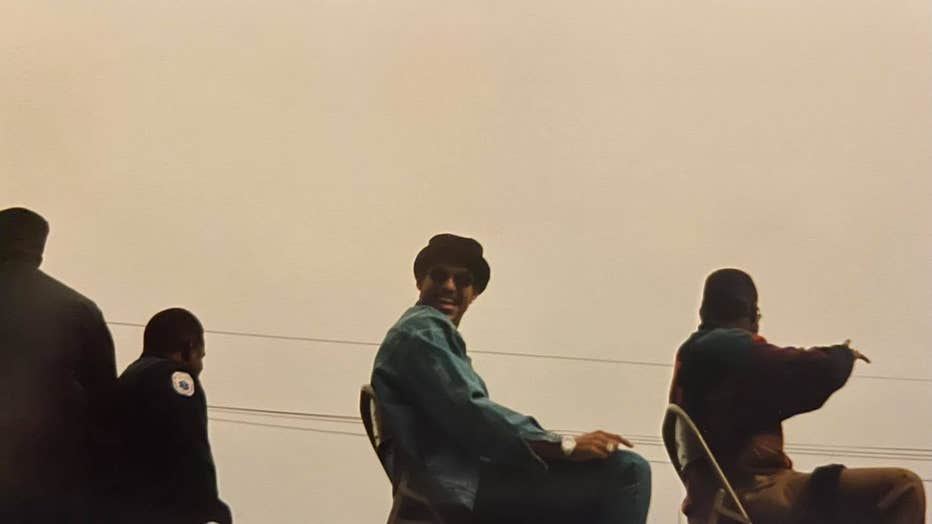 There was plenty of excitement to go around as the Braves celebrated their first championship since moving to Atlanta in 1966. 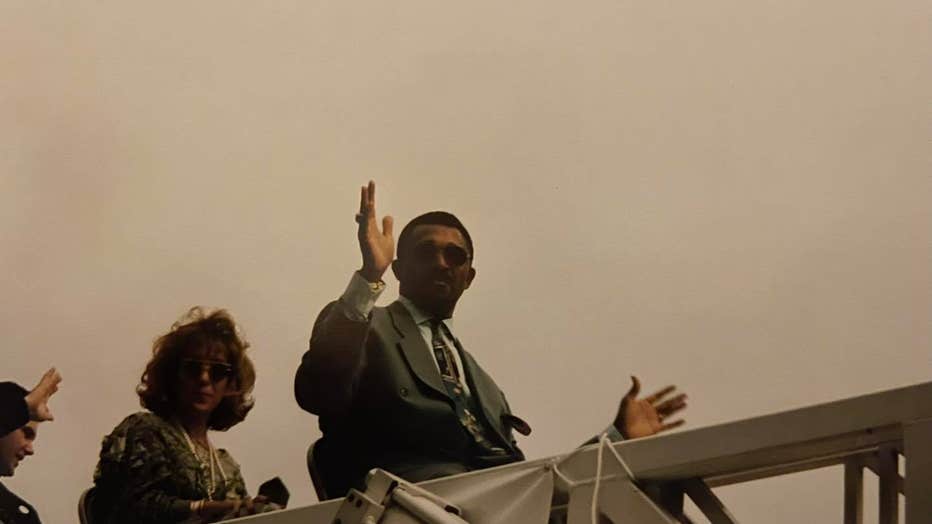 When the Braves won their previous Series title in 1995, they played at Atlanta-Fulton County Stadium. It was imploded and the site converted into a parking lot for Turner Field, which was built next door and originally used as the main stadium for the 1996 Centennial Olympics.

The Braves played at the Ted from 1997-2016 before moving to Cobb County. Their previous home has since been converted into a stadium for Georgia State’s football team.

The Associated Press contributed to this report.
_____