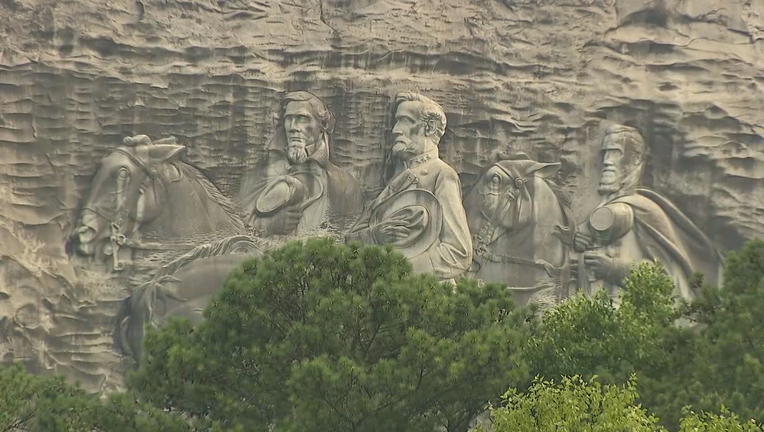 Stone Mountain State Park police estimated that there were around 200 protesters who came into the park while being escorted by police.

After a few speeches, the protesters left the park before it closed early at 4:30 p.m.

Police described the protest as peaceful with no issues.

Although the park has historically been a gathering spot for white supremacists, the city of Stone Mountain nowadays has a majority-Black population.

The park usually holds a Fourth of July laser show and fireworks display with the carving as a backdrop, but this year’s presentation was canceled due to the COVID-19 pandemic.