Family believes hanging was not a suicide

A Douglas County family is concerned that their loved one's body, found hanging in the woods, was not a suicide and due to the vandalism of his car, it should be considered suspicious.

Police said approximately 25 people affiliated with a group known as the "Not F---ing Around Coalition" or NFAC gathered on Friday at Arbor Place Mall in Douglasville before driving to the sheriff's office dressed in black clothing and ballistic vests while bearing firearms and high-capacity magazines, according to officials.

The group gathered to protest the results of the investigation into the hanging death of Stephen Styles, which was ruled a suicide. The victims' family has since disputed the investigation, suspecting there was foul play.

Authorities said the jail was placed on lockdown as a security measure and the lockdown was lifted after the "militia" left the area. 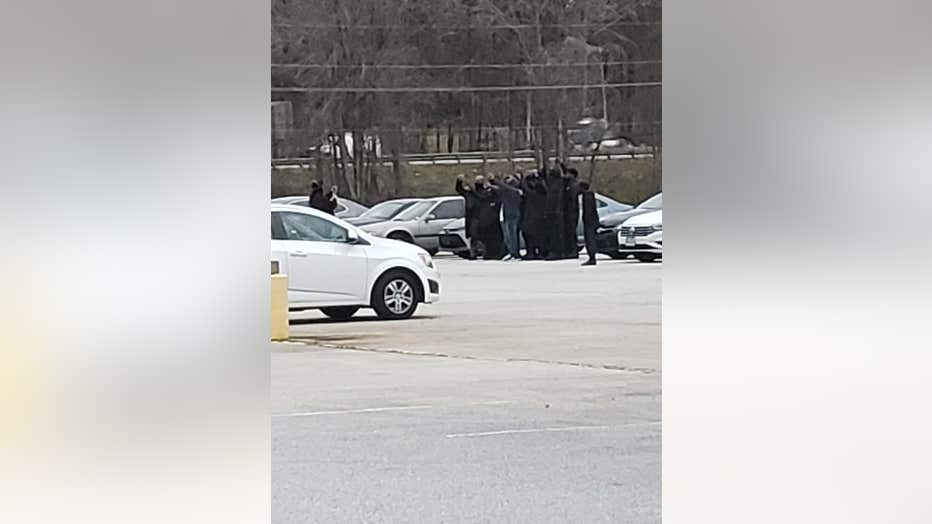 A sheriff's office spokesperson said Sheriff Tim Pounds and Douglasville Police Chief Gary Sparks reached out to the group once they got wind of the protest. Officials said Pounds and Sparks told members of NFAC that violence would not be tolerated but a peaceful protest was welcomed.

A spokesperson for the sheriff's office said the group responded respectfully and "gave no indications that they were coming for that purpose." It's unclear if Douglasville law enforcement was aware the protesters would be armed.

Pounds indicated prior to the protest he was willing to discuss the investigation with protesters and the victim's family.

After the meeting, authorities said the protesters left the building, re-armed themselves and briefly blocked the roadway while they posed for a group picture. 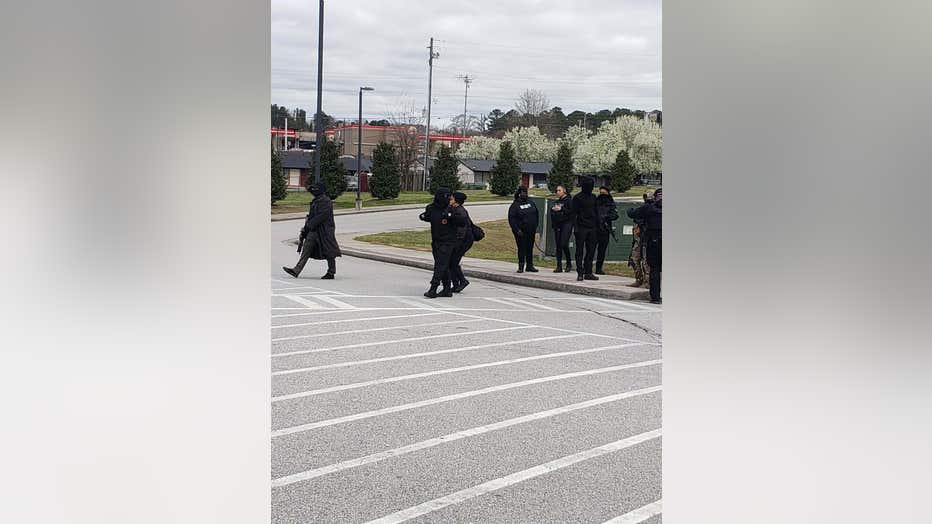 The sheriff's office account of the investigation says deputies responded to Mason Creek Road to investigate an abandoned vehicle on Feb. 21 in Winston, Ga. About 150 yards from the vehicle, authorities saw Styles' body and ruled he died from hanging.

Investigators learned that Styles left his residence on Feb. 12 after a disagreement with his grandmother. Styles never returned home and was never reported missing, officials said.

Authorities said Styles was on parole for child molestation and an ankle monitor tracked his whereabouts at times. Authorities determined he drove directly to the area his body was found on Feb. 12.

Investigators said Styles' car was vandalized after he abandoned it. Investigators also located a chair near Styles' body that contained a shoeprint that matched the soles of the victim's shoes.