Police arrested suspects who stole a car with a toddler inside.

ATLANTA - A dangerous situation unfolded in southwest Atlanta as police tracked a stolen vehicle with a 1-year-old child inside.

The search for the stolen vehicle happened shortly after 5 p.m. on Monday in Atlanta's Zone 5.

Officers and the Atlanta Police Department's Air Unit found the stolen red Ford Focus near University and Prior Streets.

The driver and passenger tried to get away from officers but crashed. APD used heat sensing technology to find a driver in a dumpster.

The suspects attempted to get away but crashed into a stop sign. The driver and passenger then fled on foot. 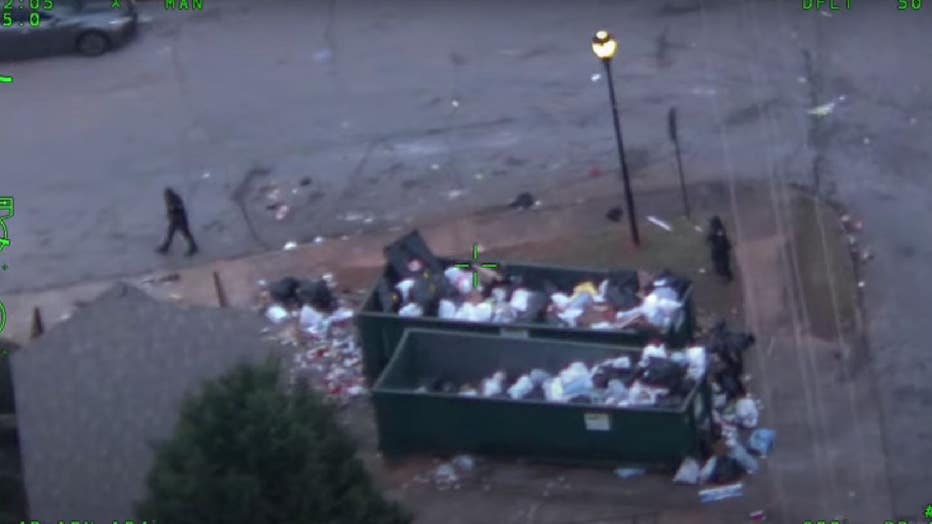 Using heat sense technology, officers found one of the suspects hiding inside a dumpster under mounds of trash.

The other suspect, who has not been identified, is still on the run.

Officers found the toddler unharmed at a nearby business.