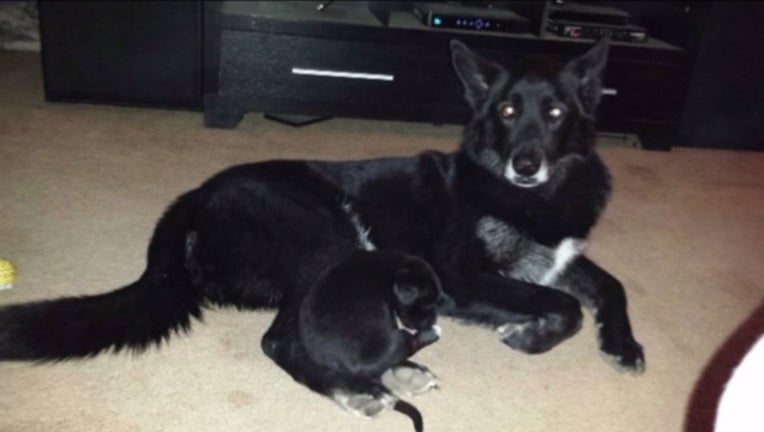 DENVER - The Abbato family hoped to take their nearly 11-year-old dog, Capone, home from the Aurora Animal Shelter this week but they'll have to wait because a municipal judge continued the case.

The family's lawyer, Aaron Acker, said he needs more time to look at evidence he just received so, there is no Capone at the family's home--or in their backyard with their other two dogs.

Employees at the animal shelter suspect the Abbato family's long-time pet is a wolf-hybrid and they won't give him back because it's illegal to have them in the city.

It could mean a death sentence for the animal.

"He is our family member and we don't have him with us. We miss him so much," says Tracy Abbato, Capone's owner.

Animal control officers captured him after he jumped his family's fence three weeks ago.

Now, they're holding him until a DNA test from the University of California-Davis proves he's not part wolf.

"One thing we need to know is what the DNA test is going to show. I think the statute is pretty vague. It does not pass constitutional muster," Acker said.
Questions about city statute

The family's lawyer said the city's law doesn't state what percentage of wolf makes a dog a wolf.

"A lot of dogs could have two percent wolf in them. So what constitutes an actual wolf? Will they start pricking my beagle and finding whether it is a hybrid animal that should be terminated?" he questioned.

George Stapleton, a national wolf-dog advocate, has studied wolf-dogs for 23 years. He said the broad city statute also concerns him.

"I understand the animal (Capone) could test with wolf in it. But so could any dog, any dog. All dogs came from wolves. So when we talk about this we have to be specific," he said.

The family said Capone has only ever been a German shepherd mix to them.

And they can't understand the forces that want to take him away.

"It's even more frustrating because we don't' know why. We have no answers. And our dog is just away from his family," Abbato said.
Waiting for a decision

If testing proves Capone is part wolf he would have to be relocated to a wolf sanctuary or euthanized, if they can't place him.

Capone's owners also face five charges including a dog running at large and keeping a wild, exotic or dangerous animal.

Capone bit someone who intruded into his family's yard a few years ago but the family's lawyer said that was an instance of him protecting his family's property.

The family has set up a GoFundMe page to pay for legal and shelter impound fees along with a higher fence.