President Biden delivered remarks on Wednesday and stressed the time is now to act on his infrastructure plan. Biden said that he plans to raise the corporate tax rate and eliminate deductions that corporations are receiving for off-shore jobs.

The founders of Amazon and Lyft both say they support an increase in corporate taxes to support President Joe Biden’s $2.25 trillion infrastructure plan in the United States.

On Wednesday, Lyft confirmed its co-founder and president John Zimmer’s support of the 28% corporate tax rate to fund the plan. Zimmer earlier spoke to CNN and called it a "smart investment."

"I’m really excited that the country is talking about investing in infrastructure. Specific to the plan that we've seen so far, there are policies that help push electric vehicles more and more mainstream," Zimmer told the outlet. "I think it’s important to make investments again in the country and the economy. As the economy grows, so too does jobs and so too does people's need to get around."

"I think it is a smart investment. ... In general, funding it through this means makes sense to me," he added.

His comments echo those of Amazon founder and CEO Jeff Bezos a day earlier, who said in a statement that he also supports the "bold investments in American infrastructure."

Bezos added that the "investment will require concessions from all sides—both on the specifics of what’s included as well as how it gets paid for (we’re supportive of a rise in the corporate tax rate)."

Biden’s ambitious infrastructure plan looks to commit $621 billion toward rebuilding the nation’s roads, bridges and highways, as well as installing electric vehicle charging stations and other transportation infrastructure. The spending would push the country away from internal combustion engines that the auto industry views as an increasingly antiquated technology. 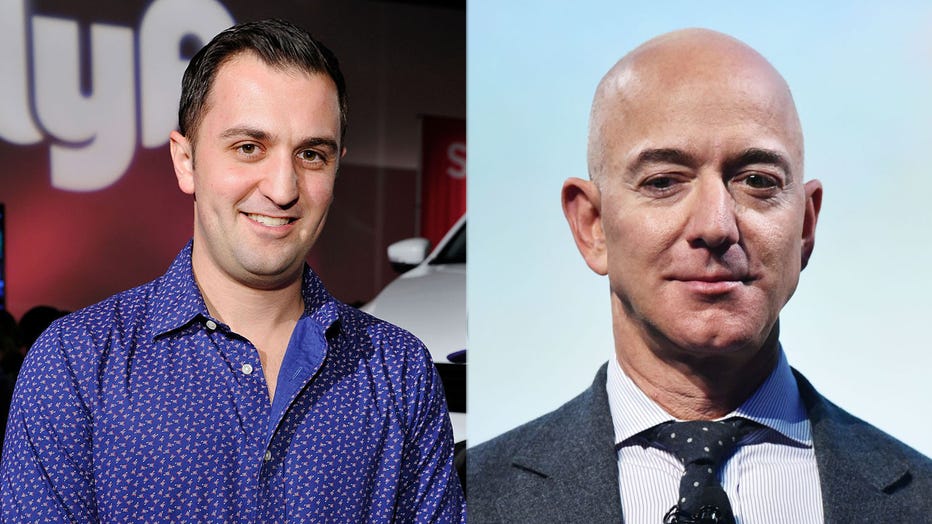 In addition, $111 billion would go to replace lead water pipes and upgrade sewers. Broadband internet would blanket the country for $100 billion. Separately, $100 billion would upgrade the power grid to deliver clean electricity. Homes would get retrofitted, schools modernized, workers trained and hospitals renovated under the plan, which also seeks to strengthen U.S. manufacturing.

"It’s big, yes, it’s bold, yes, and we can get it done," Biden said. "In 50 years, people are going to look back and say, this was the moment that America won the future."

In order to pay for the endeavor, Biden plans to hike taxes on corporations, dubbing it the "Made in America Tax Plan." The White House said funding the first $2 trillion for construction and "hard" infrastructure projects would be a hike on corporate taxes that would raise the necessary sum over 15 years and then reduce the deficit going forward. It would undo a policy achievement of the Trump administration by lifting the corporate tax rate to 28% from the 21% rate set in a 2017 overhaul.

The 2017 GOP tax bill was supposed to usher in a new era of American investment and job creation, yet growth never came close to the promised levels and the economy fell into a recession because of the pandemic.

Democratic senators led by Sen. Ron Wyden, D-Ore., the chairman of the Senate Finance Committee, unveiled their own framework for an international taxation overhaul on March 5 that could provide an opening to Biden’s approach.

To keep companies from shifting profits overseas to avoid taxation, a 21% global minimum tax would be imposed. The tax code would also be updated so that companies could not merge with a foreign business and avoid taxes by moving their headquarters to a tax haven. And among other provisions, it would increase IRS audits of corporations.

RELATED: Third round of stimulus checks include ‘plus-up’ payments to those eligible for more money, IRS says

Biden hopes to pass an infrastructure plan by summer, which could mean relying solely on the slim Democratic majorities in the House and the Senate.

"They know we need it," Biden said of the Republicans as he returned to Washington on Monday. "Everybody around the world is investing billions and billions of dollars in infrastructure, and we’re going to do it here."

The standoff almost ensures a months-long slog as Congress hunkers down to begin drafting legislation and the White House keeps the door open to working across the aisle with Republicans, hoping that continued public attention will drum up support.