Police say the Alpharetta homeowner and U.S. Marine's heroic actions helped save the two young boys from being killed by the Rottweilers.

ATLANTA - Alpharetta police honored a homeowner and a U.S. Marine who saved two young boys from a vicious dog attack.

In May, police say Merriam hear screaming, looked down the street, and saw two boys fighting for their lives as two Rottweilers attacked them.

Without hesitating, Merriam rushed in and tried to pull the dogs off the children, despite being bitten herself several times. 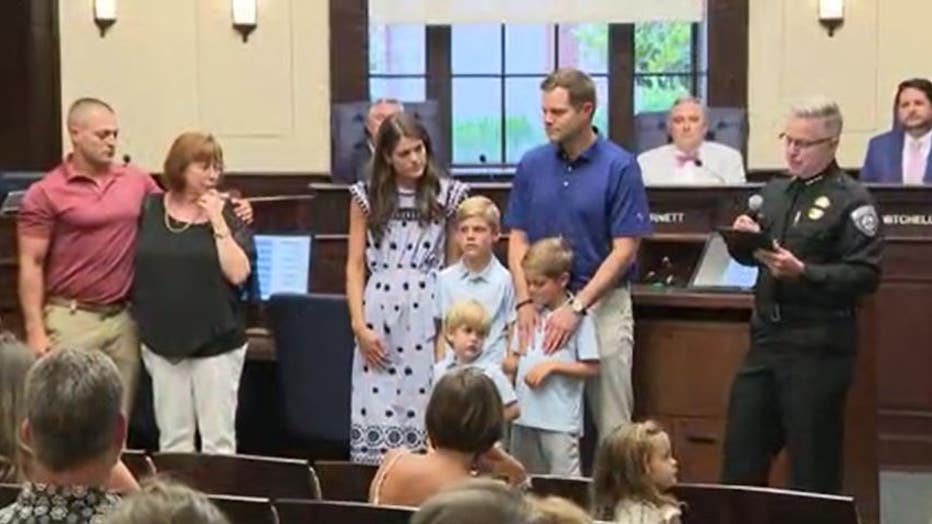 That allowed one of the boys to get free and run home.

Boassy, who is a U.S. Marine, says he heard the commotion and stepped in to help.

Police tell FOX 5 Boassy hit one of the dogs, allowing him to save the second boy.

Both children were rushed to the hospital for their injuries. After hours of surgeries and hundreds of stitches, the boys have recovered from their injuries.

"Your selfless actions in the face of immediate physical danger were nothing less than heroic," Chief John Robinson said at the City Council Meeting to cheers and applause from the audience.

The boys were given an Alpharetta police "Chief Coin" for their bravery and Merriam and Boassy were honored with the Lifesaving Award.