DEKALB COUNTY, Ga. - DeKalb County firefighters on Monday morning were at the scene of large flames at an apartment building.

Crews responded to a large fire at Brannon Hills Apartments. The building is abandoned.

Daniels said the top floor of the building was engulfed inflame.

"There's such extensive fire damage, it's going to be tough for us to get in there and really determine what happened," Daniels said. 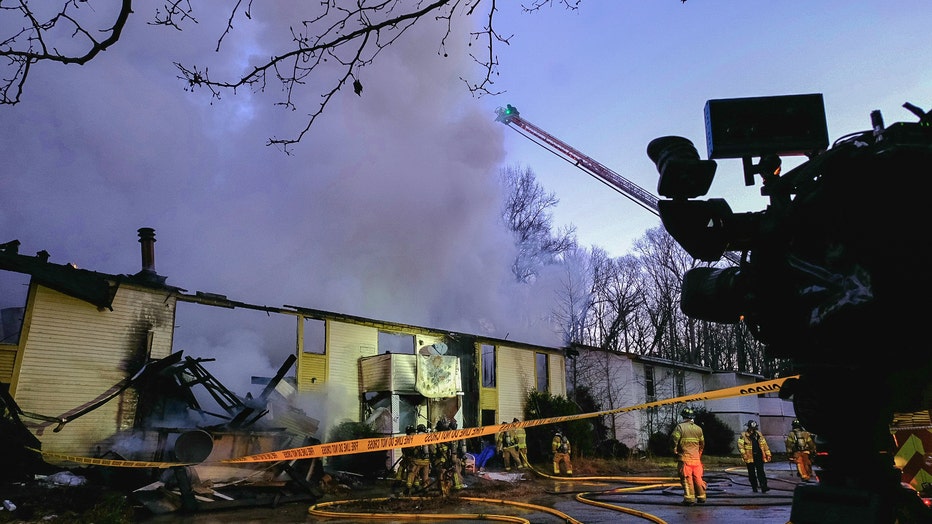 Crews responded to a large fire on Jan. 24 at Brannon Hills Apartments in DeKalb County. The building is abandoned.  (FOX 5 Atlanta)

Daniels said several renters and squatters were living in the building.