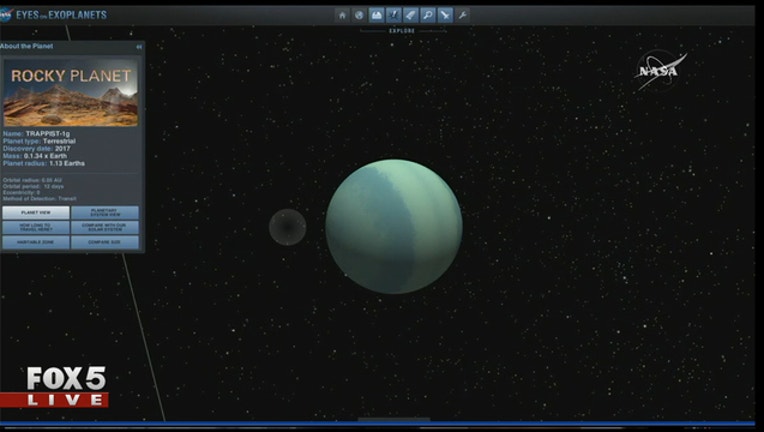 CAPE CANAVERAL, Fla. - For the first time, astronomers have discovered seven Earth-size planets orbiting a nearby star -- and these new worlds could hold life.

NASA and the Belgian-led research team announced the news Wednesday.

This cluster of planets is 40 light-years away in the constellation Aquarius. They circle tightly around a dim dwarf star called Trappist-1, barely the size of Jupiter. Three planets are in the so-called habitable zone, where water and, possibly life, might exist. The others are right on the doorstep.

Scientists say they need to study the atmospheres before determining whether these planets could support some type of life.

Last spring, the University of Liege's Michael Gillon (GEE-yon) reported finding three planets around Trappist-1. Now the count is up to seven, and Gillon says there could be more.