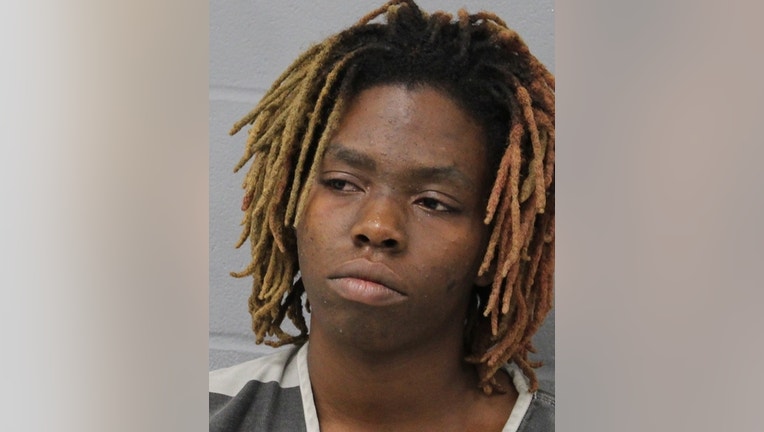 Angela Yates allegedly left her child in her unlocked vehicle with the air conditioning on for over two hours while she was inside an illegitimate gambling establishment. (TCSO)

PFLUGERVILLE, Texas - A 29-year-old mother in Texas has been arrested and charged after she left her 5-year-old child in the car for over two hours while she gambled.

Angela Yates allegedly left her child in her unlocked vehicle with the air conditioning on for over two hours while she was inside an illegitimate gambling establishment in Pflugerville.

According to the Travis County Sheriff's Office, deputies were dispatched to the Lava Java off the I-35 service road around 7 p.m. on Saturday, June 18, for reports of a child being left unattended inside a vehicle.

When deputies arrived, they found the child inside of an unlocked vehicle. The air conditioning was on and the outside temperature was 97 degrees, according to the sheriff's office.

A male individual, later identified as security for the premises, was reportedly unaware that a child had been in the vehicle. He told deputies the owner of the vehicle had been inside the business for at least two hours.

After entering the building, deputies discovered Lava Java was an illegitimate gambling establishment. A woman wearing a high visibility Amazon vest was identified as the owner of the vehicle and asked to step outside.

The woman, later identified as Angela Yates, was allegedly combative and resistant when she was being arrested. During her resistance, Angela reportedly bit a deputy on his right hand. The deputy suffered mark lacerations on her pinky finger.